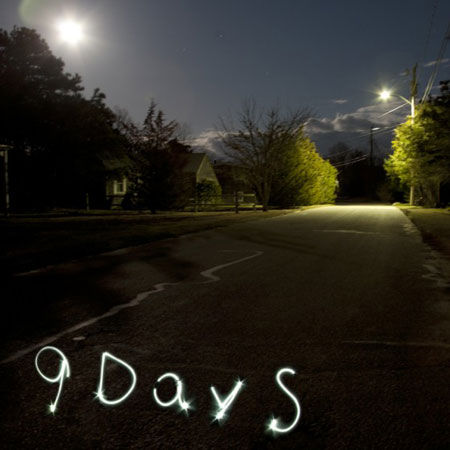 Altsounds.com is pleased to deliver the first taste of STRANGELIGHT! Featuring a lineup with a collective musical resume that includes Made Out Of Babies, Thursday, Red Sparowes, Pigs, United Nations, Goes Cube, Mussels and Kiss It Goodbye, STRANGELIGHT was forged in a small basement studio. Though their past and current bands share little in common, STRANGELIGHT – Brendan Tobin, Cooper, Kenneth Appel, John Niccoli and Geoff Rickly – share an adoration for all things angular, discordant, rhythmic and driving.

Latest track, “White Feather,” comes by way of the band’s forthcoming 9 Days EP, set for release through New York City-based Sacrament Music next month. Drawing heavily upon DC visionaries, Amphetamine Reptile destroyers and Touch & Go noisemakers and named in honor of a track off Fugazi’s last record, The Argument, STRANGELIGHT offers up all the signature makings of an early ’90s Dischord band replete with a rumbling rhythm section, guitars that stab their way out of the mix like broken glass and vocals that mumble, shout, indict and accuse. Anyone with a deep record collection will understand that STRANGELIGHT aren’t trying to reinvent the wheel, just taking the dust jackets off the old classics and melting the vinyl down for fun.

Sample “White Feather,” now playing at Altsounds.com at THIS LOCATION.

STRANGELIGHT will release 9 Days, on its new date of October 8, 2013, via Sacrament Music. Written and recorded at Tobin’s own Ice Cream Audio in Brooklyn, New, York in just nine days, 9 Days is an honest and simple name for a simple, honest record. Further STRANGELIGHT info to be broadcast in the coming weeks. Stay tuned.