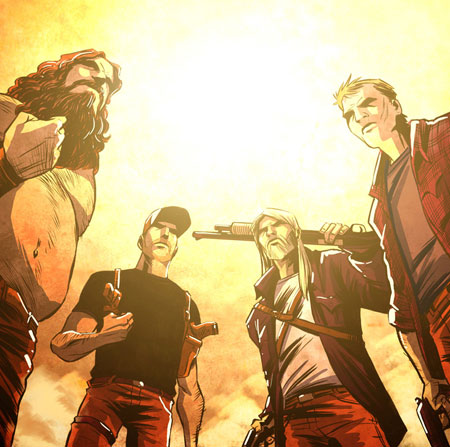 The meaty might of Steak has seen them steadily rising through the ranks of the British underground scene following their debut e.p release ‘Disastronaught’ earlier this year. The London based ‘stoner rock and proud’ super heroes are becoming well known for their rocking live performances, meaty riffs and super fuzzy sound!

These prime cuts will be touring the UK in December with Swedish fuzz rockers Truckfighters and release their second e.p in the Steak saga ‘Corned Beef Colossus’ in May with a limited number available at Desertfest. The new release is to be recorded by Truckfighters at their studio in Sweden and the artwork will again come from south American D.C comic artist Eduardo Ferigato. Don’t miss out on grabbing a Steak at Desertfest.

WEED IS WEED ‘Blunt Force Trauma’ Out Today; Streaming In Full At The Obelisk