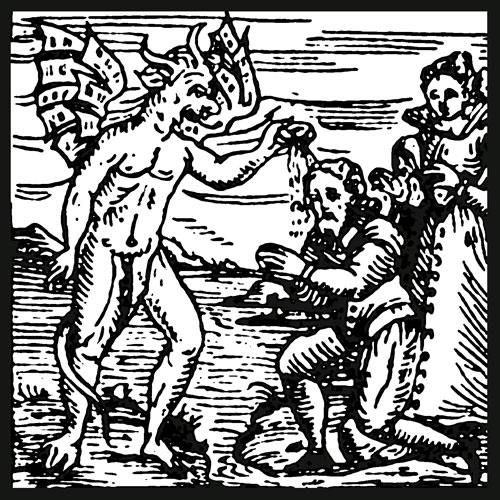 UK cosmic doomers SPACE WITCH have announced they are releasing a 2 track split with swampy sludgers TROLLKRAFTT at the end of May.

The split features 1 track ‘Worship‘ from SPACE WITCH, recorded earlier this year, this is the first time all 5 current members have appeared on a release together and the track also acts as a tasty preview to their debut album that will be released later this year.

Meanwhile the TROLLKRAFTT track, ‘Magic Ian‘, was recorded last year and features the late and great Christian Fagg on bass, who sadly lost his life in a tragic accident in August 2013.

Initial pressing is on compact disc format limited to 100 copies released by the bands. There will be a further pressing released by Bristol’s DIY label Cosmic Tomb later this year.

Pre-orders for the split release, a digital download and a pin badge can be ordered via the SPACE WITCH’s bandcamp page HERE.