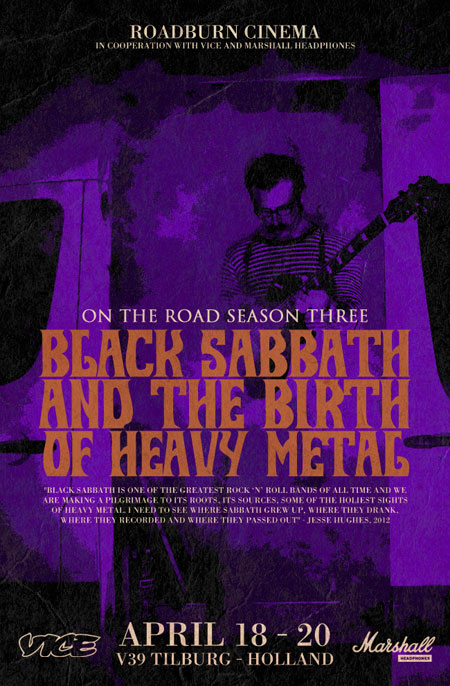 In cooperation with Vice and Marshall Headphones, Roadburn are very excited to announce the screening of On The Road, Season Three: Black Sabbath and the Birth of Heavy Metal at this year’s Roadburn Cinema.

Vice have again teamed up with Marshall Headphones for the new season of On The Road. Presented by one of rock’s most inimitable and verbose characters, Jesse Hughes of Eagles Of Death Metal notoriety, On The Road is a six-part documentary series investigating his foremost musical love – the original heavy metal sound from the UK, as pioneered by his heroes, Black Sabbath in the 1970s.

Jesse plans a pilgrimage to the UK to get the behind-the-scenes facts on how Sabbath formed and what they were like on the road; why the Midlands was such a fertile breeding ground for heavy metal; and how the term “heavy metal” came about in the first place. Buckle up and come along for the ride. Heavy metal thunder’s gonna reign.