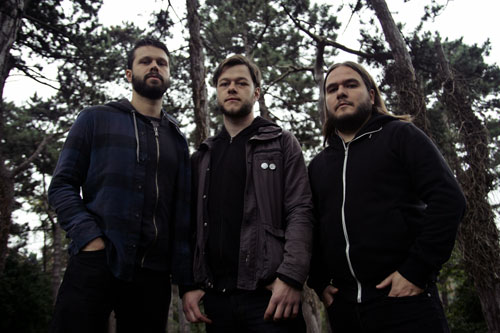 As well as the brutally tight guitar playing and succinct drumming, the lyrics and vocal delivery are very important to the band. Lyricist and vocalist Henrik Waldemar Hald explains: “Mortality and the numerous meanings and feelings associated with the inevitable end to the circle of life have always held a special place in the minds of those still living. To Solemn Ash addresses the intricate connection between past and present; how we live on a foundation build by those who have passed away and how the interconnectedness between them and us has a significant influence on what we carry with us in life – what we pass on to future generations. This transcendental structure of life and death is not only anchored in cultural manifestations such as burials and other rituals of honouring and remembering but delves in all of us as a basic human instinct. It is essentially a tool to find meaning within in a seemingly meaningless world. It helps us to treasure our bond to family and friends and acknowledge its value in the face of time passing and life ending.” Jakob Printzlau aka Plastic Kid, who has been doing videos and artwork for numerous acts such as Volbeat, Veto, Kashmir, The Fashion, captures the themes of the album perfectly in his artwork.

Exile On Mainstream boss Andreas remarks on the signing ‘they are basically the first pure Metal band on the label, manifesting a step for us into a direction we always admired…having seen Rising in support of noise stalwarts CELAN on a show in Copenhagen back in 2009, we were completely bowled over. The sheer energy and massive craftsmanship this three-piece had displayed that night, despise playing too early to a half-empty room, was simply breathtaking. A few more gigs later, their travels landed them on the 2010 edition of the mighty South Of Mainstream Festival where immediate action was required and a notional contract was signed, right there and then. And here we are: “To Solemn Ash” is born and ready to move out the parents house. While it comes knocking at your door, you better let it come in for both, a good party and a profound discourse about what music still has to add to our lifestyle.”

Rising have officially made their mark on the metal scene with To Solemn Ash.