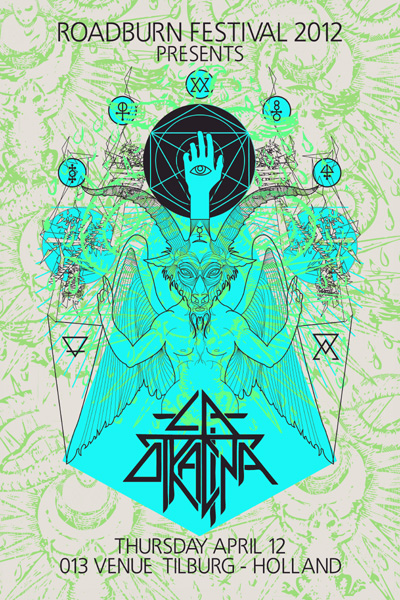 La Otracina is the New Wave of Psychedelic Heavy Metal, a contemporary musical vision exploding with classic influences and mind-warping sonic fusions! Their sound is a dense and majestic universe where the epic glory of 70’s proto-metal and hard-rock dance with the graceful complexity of cosmic progressive rock and the hallucinogenic mystery of heavy psychedelia, and all the while free-form improvisational interludes give way to poly-rhythmic thrash assaults and spiraling jazz-rock freakouts!

La Otracina has been confirmed for Thursday, April 12th at the 013 venue in Tilburg, Holland. 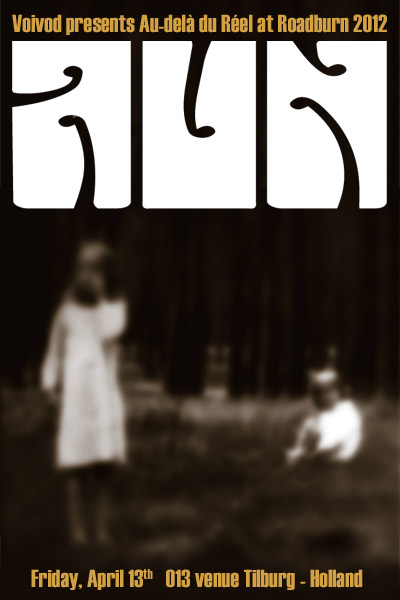 AUN have been confirmed for the Voivod-curated Au-delà du Réel event at Roadburn 2012, set for April 13th at the 013 venue in Tilburg, Holland.  AUN are a Montreal-based duo that melt the boundaries between psychedelic, ambient and doomgaze music, creating vast ethereal sound-canvases of blurred and cracked solar eclipses, giant mechanical dragonflies flying in huge subterranean caverns, and sub-orbital aerial photographs of ocean wave patterns. Joining AUN on percussion and second guitar, Frédéric Arbour (Visions and head of the Cyclic Law label). 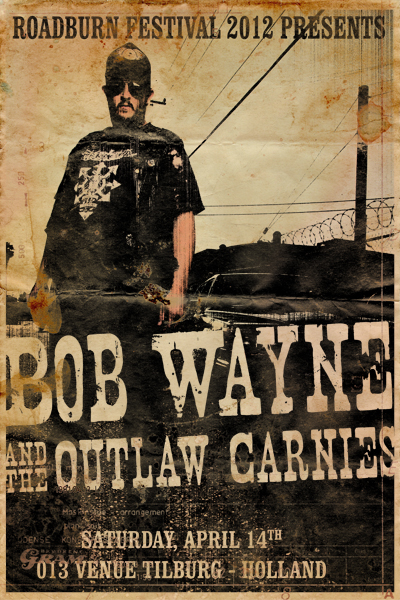 Over the years, Roadburn has evolved to encompass a vast range of music styles and genres. Rather than pursue diversity for diversity’s sake, however, the idea has always been to put together an interesting and exciting festival. Now we are about to push the sonic boundaries once again by welcoming outlaw country hero Bob Wayne (and his band the Outlaw Carnies) to the 2012 edition of our festival.

Having done time with Hank Williams III not only as a guitar tech and opening act but also on Hank III’s version of his song ‘Working Man’,  Bob Wayne is the real deal. His fans include Roadburn stalwart Scott Kelly and Lamb of God’s Randy Blythe. A tireless road warrior, Wayne has toured with all sorts of metal and sludge bands. His music may be pure country, but lyrically speaking his songs share the kind of unvarnished view on life expressed by bands more readily associated with Roadburn.

One listen to this tattooed desperado’s Outlaw Carnie will confirm that he fits the bill. Bob Wayne and The Outlaw Carnies will play on Saturday, 14 April at the 013 venue in Tilburg, Holland. 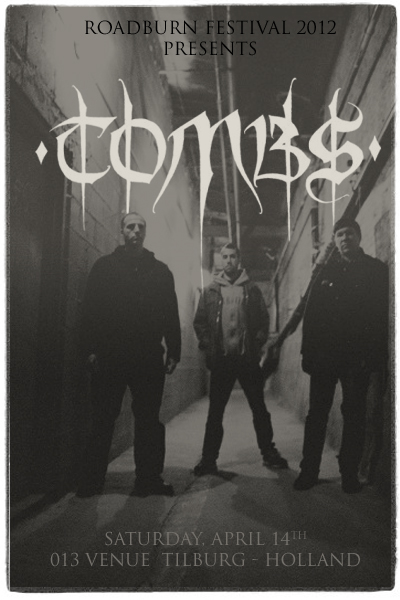 Brooklyn’s Tombs bears the mark of total devastation. On the latest album, Path of Totality, Tombs not only evoke the classic sound and feel of black metal in its finest hour they also explore their disparate UK post-punk influences. And keep things incredibly listenable. The band has marched ahead boldly with the sound of impending doom since their inception and Path is endowed with all of the primordial intensity that is a hallmark of the aforementioned genres.

However, Tombs reach far beyond the ritual sounds of the past with an abundance of tonal variation. The gut-wrenching vocals and furious blastbeasts are interwoven with a dark and brooding atmospheric moodiness, making Tombs one of the finest heavy bands in the world.

Tickets for Roadburn 2012 will go on sale Saturday, November 26th, 10:00 Central European Time and more info can be found at www.roadburn.com.