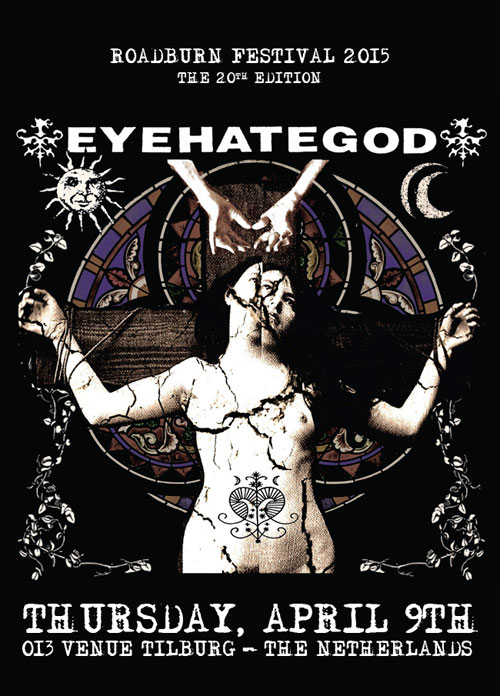 Walter & co are beyond excited to welcome seminal New Orleans, Louisana sluge-legends EyeHateGod back to the 20th edition of Roadburn Festival at the 013 venue in Tilburg, The Netherlands, with two sets of their unique, Southern hardcore-blues-sludge-and-doom on Thursday, April 9 at the main stage, and in Het Patronaat, Friday, April 10th.

With its hateful, hopeless, anguished vocals set against extra-slow Iommi-inspired riffing, Eyehategod are credited with founding sludge-core, one of the most vital new genres of metal to emerge from the 1990’s. Countless bands have followed their footsteps, and after more than 20 years of creating some of the most corrosive, vile music known to man, Eyehategod still hasn’t lost the piss and vinegar, propaganda, and despair that fueled them back in 1988. 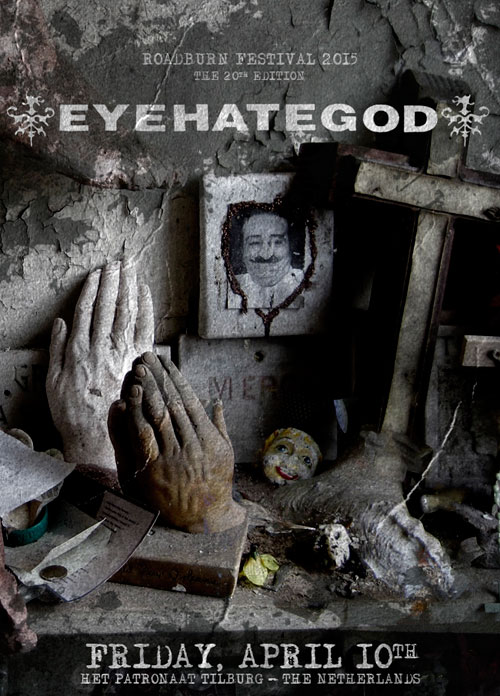 Over the years, EyeHateGod have had more than their fair share of hardship, and recently suffered the tragic loss of drummer and founding member, Joey LaCaze. The new, self titled release from EyeHateGod , the follow up to 2000’s Confederacy Of Ruined Lives, sees LaCaze‘s drum tracks appear posthumously on this classic of the genre.

The album personifies desperation and addiction in the various backwaters of forgotten America, punctuated by the N’awlins sound of rebellion and pollution resulting in triumph over adversity. Come experience transcendence through malevolence as Joey LaCaze deface Roadburn 2015.