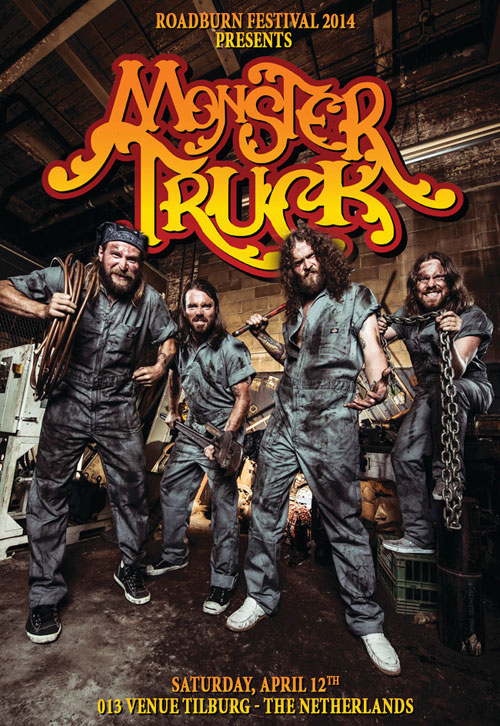 Monster Truck‘s take no prisoners approach to heavy rock revives the spirit of pure rock that made fellow Canadians Bachman Turner Overdrive, Neil Young and The Guess Who legends. They craft infectious classic rock with an updated sound (think Pure Rock Fury-era Clutch) that still evokes the butt shakin’ adolescent energy of the 70s, even though their sound is anything but archaic.

Relying on honest enthusiasm, great songwriting and organ-driven energy, Monster Truck‘s debut full-length, Furiousity writes a new chapter in the story of rock and roll music without resorting to gimmicks or cliches. Their approach is to play what they want, how they want, and it is clear that they are tapped into something elemental, as they were already awarded a Juno Award in Canada this year for best breakthrough group.

Experience for yourself what Canadians already know — when it comes to real rock and roll without trends or labels, Monster Truck are driven to destroy. Don’t fuck with the Truck when they shift into gear on Saturday, April 12th at the 013 venue in Tilburg, The Netherlands.