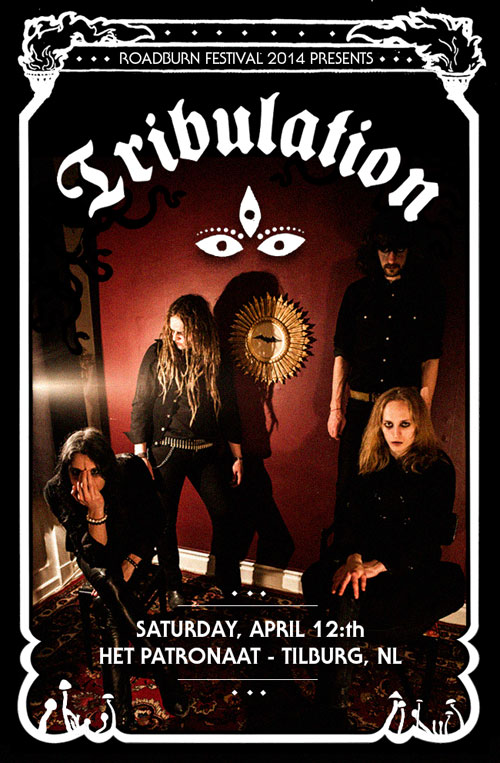 Things at Roadburn are about to get a whole lot darker with their latest announcement – those most sophisticated of Swedish death metallers, Tribulation.

Having delivered a classic slab of prime Swedish death metal with their 2009 debut The Horror, the foursome upped their game significantly with this year’s second meisterwerk The Formulas Of Death, a progressive blend of death metal, blistering punk, icy post-punk and chaotic black metal shot through with a deep vein of rich eastern-inspired psychedelia. Walter & Co love it and they think you should too – Hell,  Decibel magazine named it #10 in their Top Forty Albums of 2013.

With the darkness of The Formulas Of Death still so fresh-yet-fetid in their minds they’re beyond stoked to welcome the shadowy conclave into the dysfunctional Roadburn family.

Feel the darkness on Saturday, April 12th at Het Patronaat in Tilburg, The Netherlands.