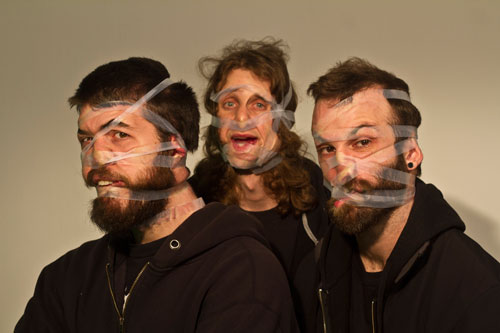 LAZER/WULF, the Georgia-based instrumental trio have today unveiled their album, The Beast Of Left And Right to stream ahead of the official release date next week. The band are currently on their first European tour and will play Dresden, Germany tonight (10th July) as main support to KYLESA.

And now, Roadburn.com are streaming their new album in its entirety, head over to THIS LOCATION.

The official album release date is July 15th, but the album has been available exclusively on their European tour dates. The vinyl is available to pre-order HERE

Their nine-track album is written as a palindrome, that is, it is the same backwards and forwards with two distinct halves, Left and Right. For instance, the first song on the album, Choose Again, uses the exact same chords, riffs and drum tracks as the final song on the album, Mutual End but one is major and the other is minor. As the band explains it, “The idea is that either way you choose, Left or Right, the paths are the same.”

LAZER/WULF have self-released two EPs: 2009’s The Void That Isn’t and the 2012 release There Was a Hole Here. It’s Gone Now. The three-piece is Bryan Aiken (guitar), Sean Peiffer (bass) and Brad Rice (drums) and ypou can read Paul’s recent review here. 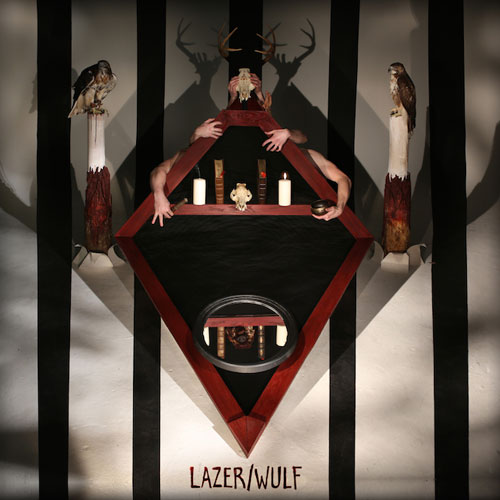 Remaining European tour dates are as follows. All dates are with KYLESA.

Retro Futurist Records was formed by the core members of the heavy rock/psych/metal group KYLESA (Phillip Cope, Laura Pleasants, Carl McGinley II). Veterans of the underground music scene and diehard music fans in general, they wanted to put together a label to showcase young and promising talent while offering artists a friendly home.