Roadburn are excited to announce that Junius and Skeletonwitch have been confirmed for Houses of the Holistic, Ivar Bjørnson‘s and Einar “Kvitrafn” Selvik‘s curated Roadburn event on Friday, April 10 at the 013 venue in Tilburg, The Netherlands. 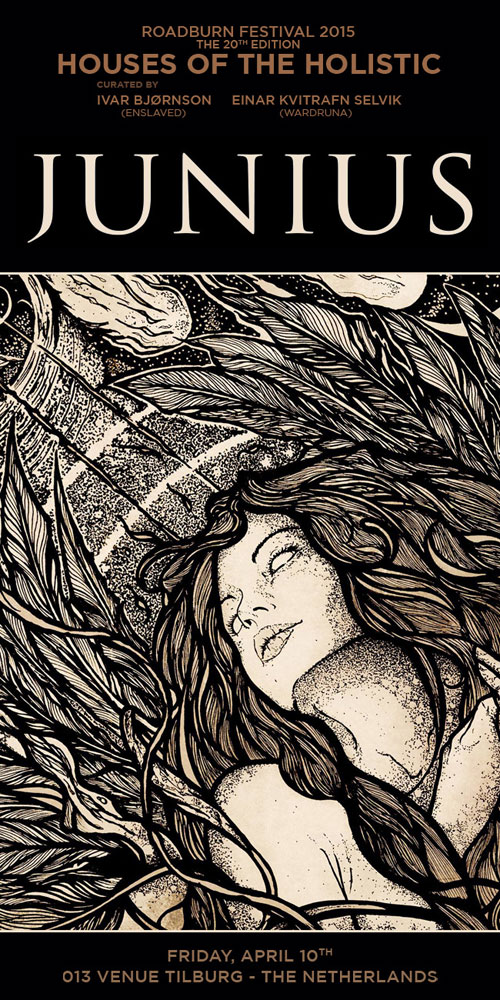 “One of the highlights of the preparatory curator phase was the moment when I realized we could invite Junius. I got their new EP and man, this band just keeps getting better. We toured with them in the US back in 2011, I really dug their albums before the tour, but seeing them live the first night was immense! I got seriously (!) into them after between one and two seconds of the first song. That’s where I still am. If you don’t know this band, do yourself a favour and check them out. Heavy, groovy and dreamy music!” 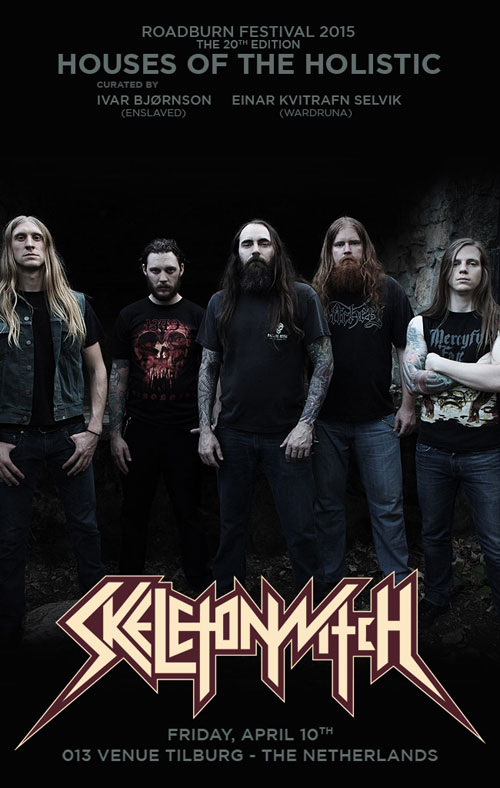 “Simply put: if you want blackened thrash (or whatever you want to call it – everybody has their own definition of what these Ohio-rubbernecks are supposed to be defined as) of the absolutely highest order, these are your guys. Okay, I’ve gotta admit that once again sharing a backstage area with these wonderful specimens of the human variety is a motivation in itself – but it is of course first and foremost the music that brought about the invite: this is the perfect band to tear down the walls at Roadburn 2015 and seriously shake things up / slap us silly. If Skeletonwitch’s high-octane Metal doesn’t make you headbang like there’s no tomorrow, you’re probably dead” — Ivar Bjørnson / Enslaved.