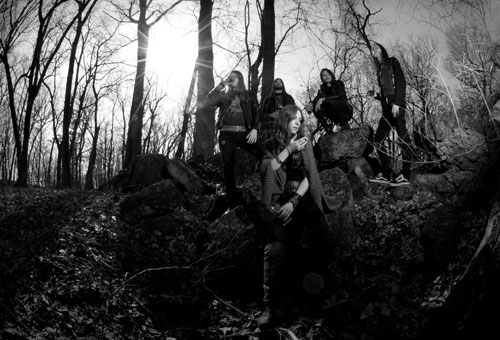 One of occult rock’s most captivating figures and a devilishly talented musician in her own right, JEX THOTH is a quiet enigma floating airily through a thicket of oversharers. There isn’t a ton of information about her out there, and this willful silence has led many to style her as a mystical entity, or at the very least, one that likes to keep people guessing. That’s how she likes it.

The band that would come to bear her name first materialized in 2007 under the Totem moniker and released one EP before switching over to JEX THOTH. So far, the band’s discography features six statements (including a split with the legendary Pagan Altar), culminating in 2013’s mesmerizing full-length Blood Moon Rise which is out now via I Hate Records (review here). The lineup is rounded out by drummer Nick Johnson, keyboardist Shane Verwey, bassist Matt Jacobs, and guiarist Jason Hartman. Jex herself is possessed of a rich, immensely powerful and instantly compelling voice, which she’s also used to great effect in past projects Sabbath Assembly and Wooden Wand. 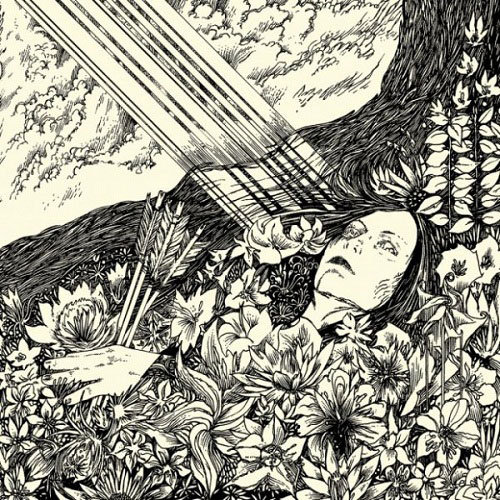 Embracing all that is good from the past and shuttling it defiantly into the future, JEX THOTH‘s alchemical sound reveals a reverence for bands like Pink Floyd, Amon Duul 2, Jefferson Airplane, and Black Sabbath, while still managing to conjure a unique sound style that is very much their own.

After six successful European tours and six releases, JEX THOTH will finally embark upon a series of live performances and bring their inimitable sound to North America!

After leveling Pomona, CA’s Scion Rock fest and conquering the West Coast with Atriarch, JEX THOTH will  play Days of Doomed in Milwaukee before joining Portland dark metal masters AGALLOCH for a full week of East Coast and Canadian shows.