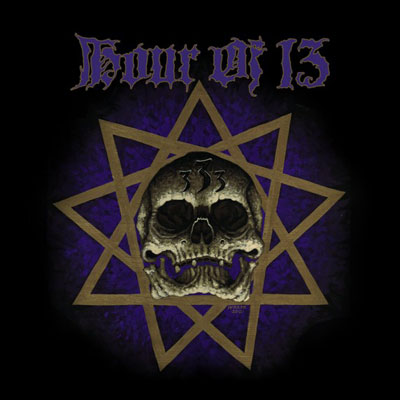 North Carolina doom metallers Hour of 13 have teamed up with Decibel magazine to release a brand new track from their forthcoming album, 333.

Hour of 13 guitarist Chad Davis comments: “Hour of 13 are pleased that both Earache and Decibel are premiering another track from the new album.  The fans have waited long enough for the record and any preview we can give them is our offering to them.  We hope the album will show our progression and allegiance to true heavy metal, and this one is for the supporters of Ho13!”

Hour of 13‘s new album, 333, was recorded at Epiphonic Studios in Lenoir, North Carolina.  The album is due to be released on May 21st on Earache Records.