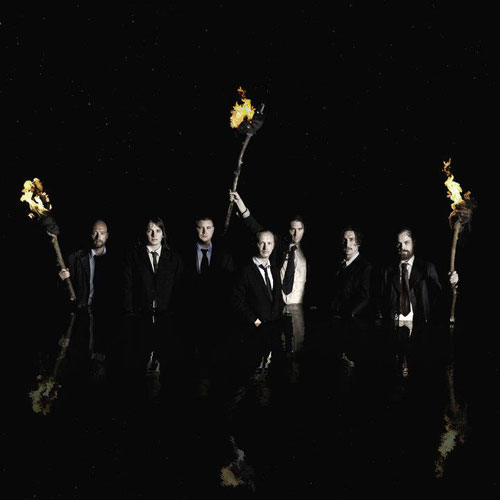 The Phantom Of The Opera is perhaps one of the most iconic horror films in history. Directed by Rupert Julian in 1925, this silent movie starred Lon Chaney in the lead role of the deformed Phantom who haunts the Paris Opera House causing murder and mayhem in an attempt to make the woman he loves a star.

As legendary as its many adaptations on the silver screen and on stage is its history of fitting soundtracks. Throughout the decades that followed many composers and artists worldwide took up the task to write fresh new scores for this iconic picture. One Way Static Records proudly presents the latest installment in this tradition with a brand new modern re-score composed & performed by UK septet THE LAZE.

THE LAZE have developed quite a reputation across the UK for their spine-tingling live performances and expansive soundscapes. Influenced by a history of horror soundtracks, from Bernard Hermann & Angelo Badalamenti to Goblin & John Carpenter, THE LAZE implemented elements of Progressive Rock, Classical, Jazz, Heavy Metal & Electronica in their score. The original soundtrack will be the group’s fourth long-player. The band’s last release was 2010’s Spacetime Fabric Conditioner, a Sci-Fi concept album; which went on to be remixed by Steve Moore (Zombi), Forest Swords and Brontt Industries Kapital. 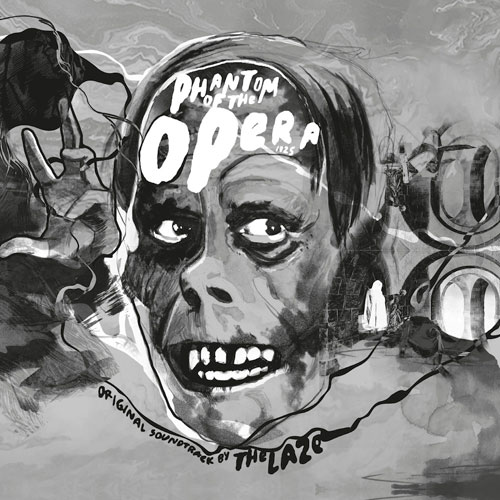 The band premiered their live soundtrack at Liverpool’s Picturehouse cinema, in the arts hub of FACT, on Halloween 2010. The sold-out, one-night-only performance led to further performances in UK cinemas, which concluded with a sold-out tour of selected Picturehouse Cinemas for Halloween 2011. Now they are bringing the Phantom into your home.

And to coincide with the release, THE LAZE bring you the haunting video for the soundscape The Face of Terror (Metamorphosen), watch & listen with caution below:

The Phantom Of The Opera tracklisting:
01. Hidden from Man and Sun
02. Faust Phantasmal
03. The Chaos of the Cursed House
04. Under the Earth and Across a Black Lake
05. Languish in Love (Erik and Christine)
06. The Face of Terror (Metamorphosen)
07. Above and Beyond (An Impossible Love)
08. I Am Ledoux
09. Evil Spirit
10. Watery Grave
11. Spectral Fury(Voices from the Room of Many Mirrors)
12. Heat, Intolerable Heat
13. Scorpion vs Grasshopper
14. The Strangler’s Cord
15. Master of the Dark Arts (The Strangler’s Cord – Extended Mix) *
* Bonus Track exclusive to the CD and Cassette versions