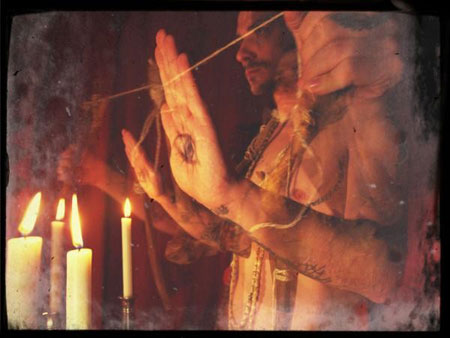 DesertFest HQ have announced some good news and some bad news. The bad news is that Dutch psych jammers The Machine have unfortunately had to pull out of their performance at DesertFest 2013. The good news is that we’re extremely chuffed to announce Finnish doom-folk experimentalists Hexvessel as their replacement!

Hexvessel are a six, sometimes seven, piece band from the Helsinki and Tampere areas. Formed by English musician Mat ‘Kvohst’ McNerney, who recruited several well-established comrades from the likes of Dark Buddha Rising and Galacticka, they set about to realise the frontman’s vision of setting ‘60s and ‘70s acid rock into a mould of puritanical Scandinavian mysticism. The band’s two albums to date, the occultist 2011 debut ‘Dawnbearer’ and the 2012 underground phenomenon ‘No Holier Temple’, have established this psychedelic, transcendental act as one of the great folk-rock forces in world music.

By fusing atmospheric vocals with guitars which abandon all aggression, yet retain the heavily weighted vibes of Amon Düül, The Beatles and Pink Floyd, and throwing non-electric instruments like trumpet and violin into the mix, Hexvessel capture a primitive form of rich enchantment very few can match. Lyrically, McNerney repeatedly approaches themes surrounding the preservation of Finland’s natural woodlands, terrains and forestry, and it’s the understanding of this environmental ethos alongside an esoteric outlook on the darker sides of rock music which holds the key to understanding his band’s inner beauty.

Make sure you’re on the right side of the hex this year at DesertFest 2013, and join us to witness these acid-fried sorcerers perform their magic on a dark Friday night in Camden Town.