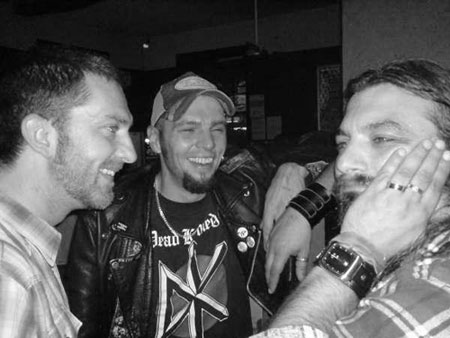 As the news comes that Dog The Bounty Hunter won’t be on our screens any more after the current series, GRIFTER help the mulleted beefcake bow out in style!!! A track from the band’s self titled debut album released last year on Ripple Music will feature on the soundtrack to an upcoming episode of the show. “Good Day For Bad News” will appear on the latest episode to be aired in the States on June 2nd and in other territories shortly after.

The show follows Dog and his family as they hunt down potentially violent bail jumpers to bring them to justice and GRIFTER will be there to help them spice up the action.

In addition to this The Soda Shop are featuring a new interview with Ollie from the band and hosting a free download of the track which you can check out at THIS LOCATION or stream below. Grab the track then buy the album.