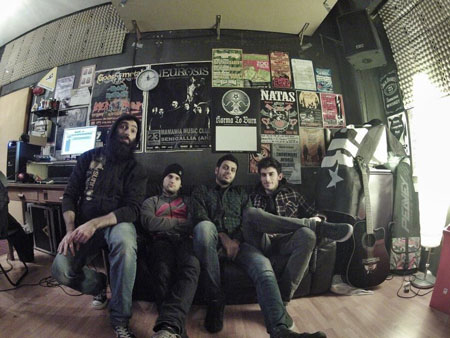 Almost 2 years after the release of “Thirtyeahs”, Italian heavy-stoners Gandhi’s Gunn are finally back in studio!

The band is now busy in order to record their second expected album, after two years “on the road” promoting their debut full-length and sharing the stage with main bands such as Clutch, Atomic Bitchwax, Ufomammut, Church Of Misery, 16, together with the best Italian bands in this genre.

Gandhi’s Gunn new album, which is still untitled, will be recorded once again at the Green Fog Studio in Genoa by their faithful friend Mattia Cominotto.

The album will be released between late April and early May 2012 on Vinyl, CD and Cassette format.

SECRETS OF THE SKY: Immense Track From Split LP With GODHUNTER Now Streaming At MetalSucks