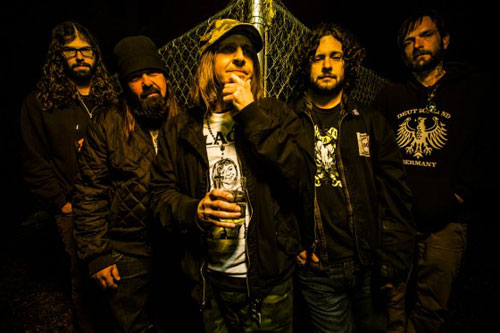 Are Sleep not enough doomy sludge for your set of 2015 headliners? Didn’t think so.

That’s why DesertFest London are ecstatic to announce that EYEHATEGOD will be co-headlining the Saturday of this year’s festival, alongside Brant Bjork & The Low Desert Punk Band!

One of the cornerstones of the sludge scene since their formation in 1988, EYEHATEGOD have been front and centre ever since. Announcing their presence to the world with 1992′s In The Name Of Suffering and following sharply in the next year with the blistering Take As Needed For Pain, the riffs and groove of Sabbath were there, but with a colossal punch and a weight that were simply beyond heavy. Add into the mix Mike IX Williams’ signature snarls and EYEHATEGOD were always onto something special. Dopesick and Confederacy Of Ruined Lives followed in 1996 and 2000 respectively and only added to the legendary catalogue of EYEHATEGOD.

After a studio album drought of 14 years, last year saw the self-titled release of Eyehategod, which wasn’t so much a return to form as it was a raising of the bar. Full of power and forays into hardcore throughout without losing much of the slow, dirty sludge riffing; we may have had to wait, but this was anything but a Chinese Democracy-style disappointment.

A rare live treat over the last decade, with touring being sparse, EYEHATEGOD are must see at DesertFest London 2015. Miss this chance and you may be kicking yourself for a long, long time to come.