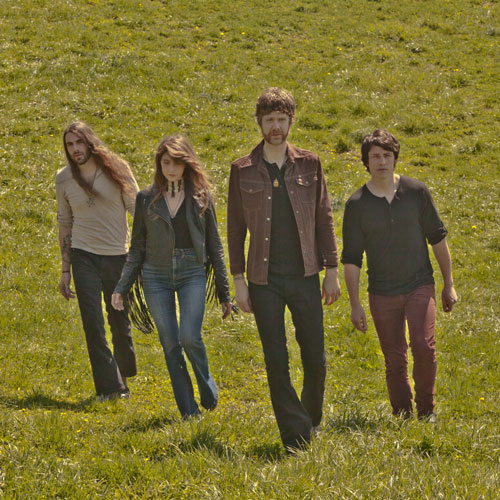 Formed just over a year ago by guitarist Ross Dolan, vocalist Laura Dolan, Nick Vogelpohl (bass) and Nate Wagner (drums) ELECTRIC CITIZEN have had a busy year turning heads and ears onto their dark and esoteric style of haunting and unhallowed ’60s West Coast rock, and decidedly British-influenced heavy psychedelia.

Like records by similarly late 60s/early ’70s-possessed anti-modernists Blood Ceremony, Wolf People and Uncle Acid and the Deadbeats, over nine tracks Sateen (review here) provides a blueprint for long term appreciation. Recorded and produced by fellow Ohioan and local stalwart Brian Olive (The Greenhornes, Soledad Brothers) the album draws on sounds synonymous with the roots of early ’70s proto-metal from groups such as Sir Lord Baltimore, Pentagram, Cream and the daemonic spirit of Amon Düül. Not to mention the comparisons it draws with the rock ‘n’ roll ceremony of forgotten acts like Frumpy and Shocking Blue when held up against the spellbinding light of high priestess Laura Dolan’s enigmatic voice and live presence. 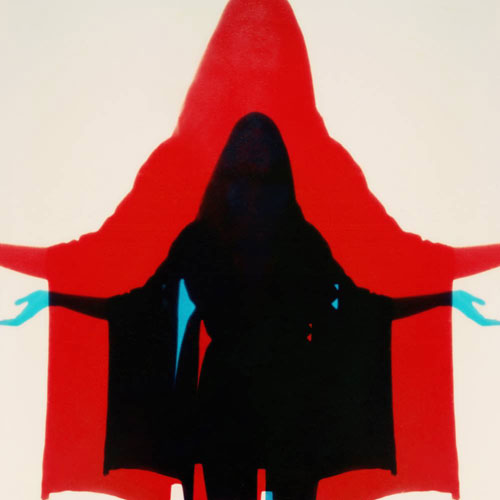 From the cloudy and mystical swirl of ‘Hawk Nightingale’ to the shades of folk metal on ‘Shallow Water’, ELECTRIC CITIZEN pitch scholarly interpretations of the old guard in new and electrifying ways and not always from the vaults of forgotten masters. Take the single ‘Light Years Beyond‘ with it’s swirling and ferocious concoction of guitars and drums or ‘Magnetic Man’ with its unabashed nod to Heart and classic Black Sabbath. Just a handful of many songs here that showcases just how good the band is at dropping sonic needles into the grooves of records that all serious rock ’n’ roll lovers hold dear.

And now ELECTRIC CITIZEN premier the new video for the aforementioned track ‘Magnetic Man’ which you can now stream below:

After supporting Fu Manchu on their recent North American tour ELECTRIC CITIZEN take to the road again with the afro-soul kings THE BUDOS BAND in support of Sateen, which will be officially released via RidingEasy Records on 1 July 2014 and is available for pre-order HERE.  The artwork for the album has been created by acclaimed artist Neil Krug who has previously worked with The Horrors, Lana Del Ray and Boards Of Canada.

Live dates with The Budos Band: