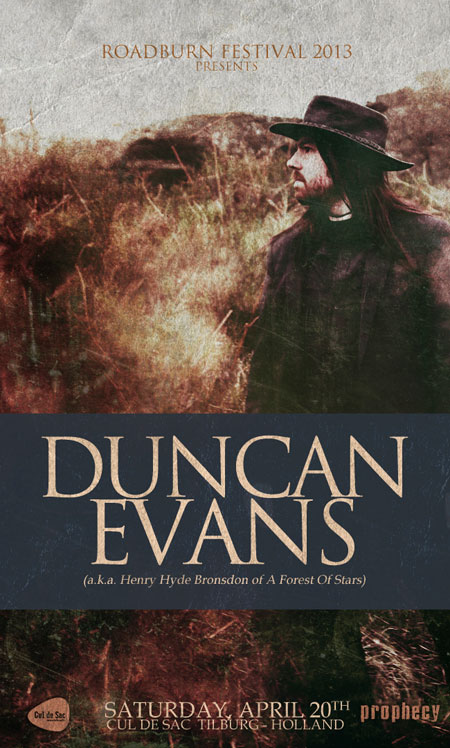 Roadburn are very excited to announce that Duncan Evans a.k.a. Henry Hyde Bronsdon of A Forest Of Stars will play his first major solo performance (following his recent signing to Prophecy Productions) at Roadburn 2013 on Saturday, April 20th at Cul de Sac in Tilburg, Holland.

For this showcase performance, listeners can expect a darker interpretation of the acoustic singer-songwriter concept; intense, powerful, and rooted in English Folk, murder ballads and storytelling. Duncan will be showcasing material from his debut album Lodestone, set for release on the Auerbach Tonträger / Prophecy Productions label later in 2013.

In related news, A Forest of Stars will be performing their new album A Shadowplay for Yesterdays in its entirety, replete with the appropriate imagery, smoke, lighting and mirrors at Roadburn Festival 2013 on Saturday, April 20th at Het Patronaat.

Exile On Mainstream Celebrates 15 Years Of Bliss At Roadburn 2014