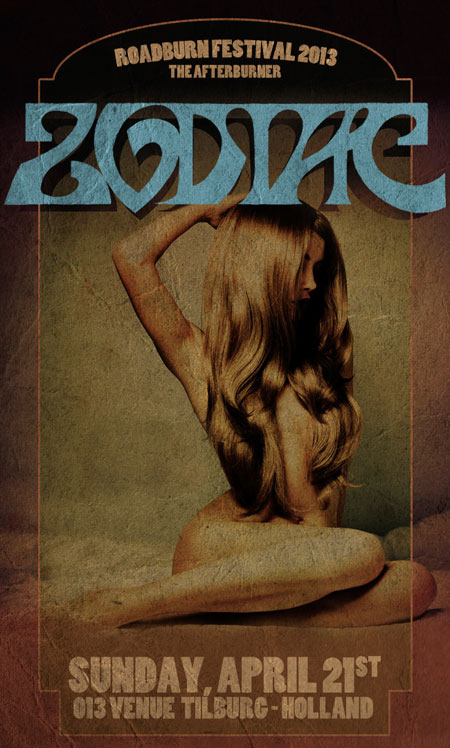 With a heavy 70s thunder, Germany’s Zodiac will stomp into the 2013 Afterburner, set for Sunday, April 21st at the 013 venue in Tilburg, Holland. One part pure classic rock, one part soulful blues rock,  Zodiac‘s debut full-length, A Bit of Devil, is a lot of fun.

Revolver magazine praised the album for its “lysergic retro rock” approach and heavy grooves. The band does a mean ZZ Top cover, too! We at Roadburn are equally excited about their gritty punch and blues-driven melodies, and very pleased to welcome Zodiac to the Afterburner.