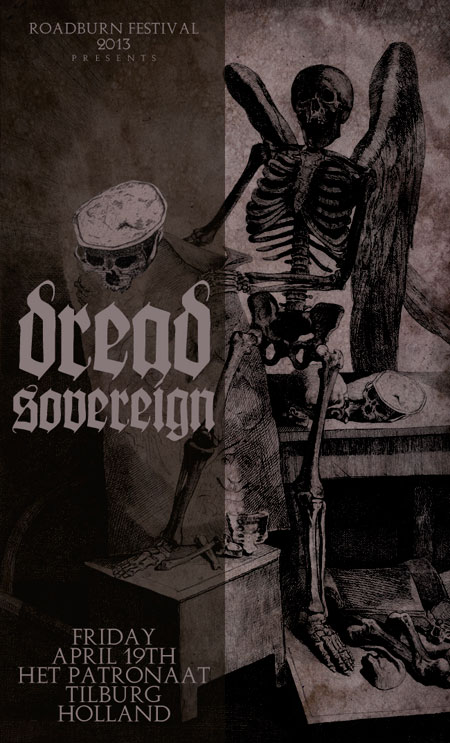 Dread Sovereign is the born dead brain child of Nemtheanga from Primordial. Years of string hacking and slashing on guitar have finally come to realization as backed by Dubh SOL (Primordial) on drums and Bones (Zom / Wizards) on guitar they have forged a new band.

The blueprint is rough, raw old school doom / metal which hails of Venom, Saint Vitus, Cirith Ungol and touches of late 80s early sepulchral black metal. Not intended to re-invent the wheel just to give it a good kicking in the true old evil metal fashion, Roadburn will be their first ever show (set the be held on Friday, April 19th at Het Patronaat in Tilburg, Holland) and to commemorate this the band are going to release a limited vinyl through Roadburn‘s own label.