London based promoters Desertscene, who are more infamously known for hosting the annual DesertFest, have a couple of up and coming gigs taking place in our countries capitol that demands your attendance. 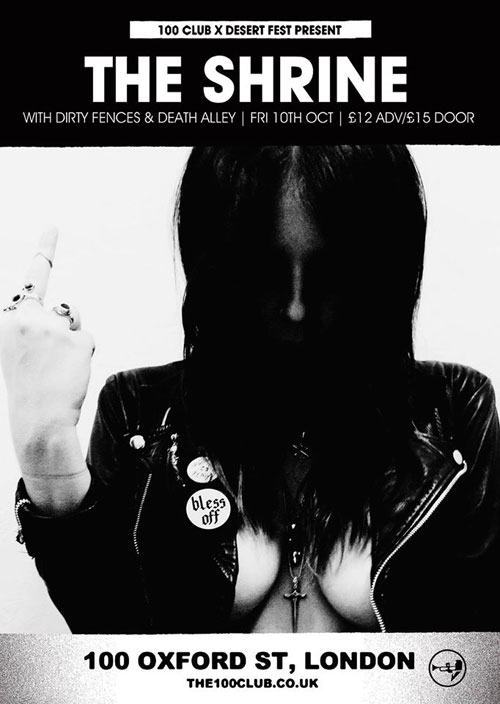 The first is sleaze rockers THE SHRINE, where they’ll play the legendary 100 Club, Oxford Street on 10th October, support will be by the way of Dirty Fences and Death Alley, but that’s not all, as all ticket buyers will be entered into a draw to win a handcrafted one of a kind skateboard deck created especially by upcoming designer Matt Wilkins and the winner will be announced on the night. 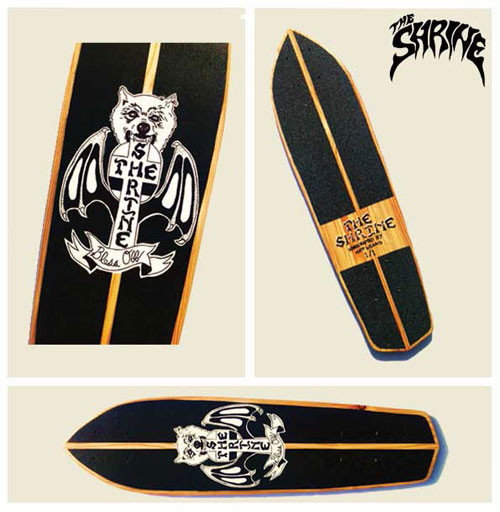 THE SHRINE will also be playing tracks off their current album Bless Off which was released earlier this year via Tee Pee Records and was praised by Pete in his review where he stated “If you want a fun-packed joy-ride straight through the heart of Hard Rock City as the soundtrack to your hesher haze, your early summer BBQ or your pre-drinks on the way out to a night of full obliteration, for everyone’s sakes go out and buy Bless Off”

Tickets are available for £12 (+booking fee) from See Tickets. 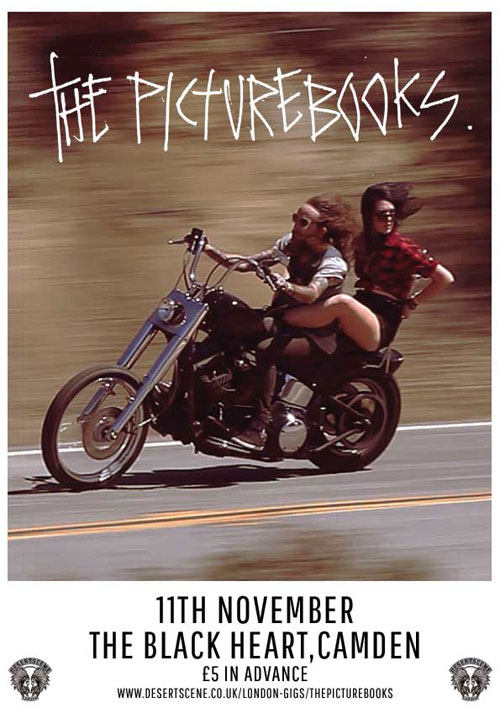 And the second gig features German blues scuzz duo THE PICTUREBOOKS who will don the stage at The Black Heart, Camden on 11th November.

Featuring Fynn Claus Grabke (vocals, guitar) and Philipp Mirtschink (drums) THE PICTUREBOOKS will be touring in support of their new album Imaginary Horse, set for release on the 7th October via RidingEasy Records, it was recorded in the same garage where they regularly refurbish and repair motorcycles and choppers which capture a raw, rich, and real energy befitting of the room’s natural reverb, industrial aura, and spiritual spark. Most importantly, the record also begins to rev up the boys’ career like never before.

Tickets are priced at a mere £5 (+booking fee) and are also available from See Tickets.