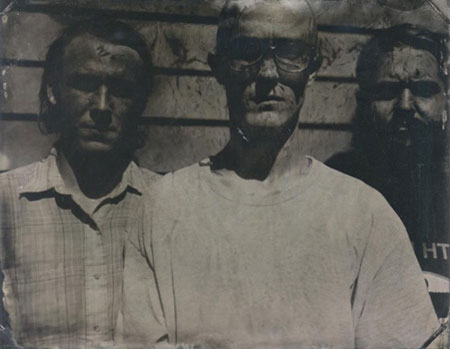 Atlanta’s ultimate killing machine DEAD IN THE DIRT has completed work on The Blind Hole, the faction’s debut full-length recording, and will unload it upon the masses this Summer via Southern Lord.

As witnessed on the trio’s previous works, 2010’s Vold EP and first release for Southern Lord, 2011’s Fear 7”, as well through their vicious on-stage presence, DEAD IN THE DIRT crushes everything in their path with a vehement and volatile crust/hardcore attack. Inspired by the scriptures of His Hero Is Gone, Left For Dead, Infest and DropDead, the faction creates some of the most morose and tonally oppressive music conceivable, all fueled with enraged socio-political lyrical content and straightedge/Vegan ethics.

Now locked for release on August 6th, The Blind Hole surges with an unfuckwithable twenty-two tracks in less than twenty-four minutes, their downtuned, caustic riffs packed into the melee creating the most destructive blasting DEAD IN THE DIRT material yet. Though surging with crushing distortion, the album boasts incredibly clear production values, recorded at Bricktop Recording Studio with Andy Nelson (Weekend Nachos) in Chicago this April, and mastered by Brad Boatright (Nails, All Pigs Must Die, Baptists, Sleep). The cover was illustrated by Bo Orr as with the band’s Fear EP.

Today Lambgoat offers the first look into The Blind Hole with an exclusive premiere of the album’s second blistering track “The Blaring Eye”… LISTEN HERE.

Following their heavy-touring ethos, including participation in multiple Southern Lord and The Power Of The Riff events over the past two years, as well as full East and West Coast tours as direct support for SUNN O))) in 2012, DEAD IN THE DIRT will inundate humanity with live appearances through the Summer. Several shows are confirmed for June, including the band’s participation in the first annual Blow The Scene P.A.W.S. benefit show in Philly at the end of the month with DropDead, Heartless, Iron Reagan, Masakari and more. The band will also take on Europe for a full month later in the year, with dates to be announced shortly. 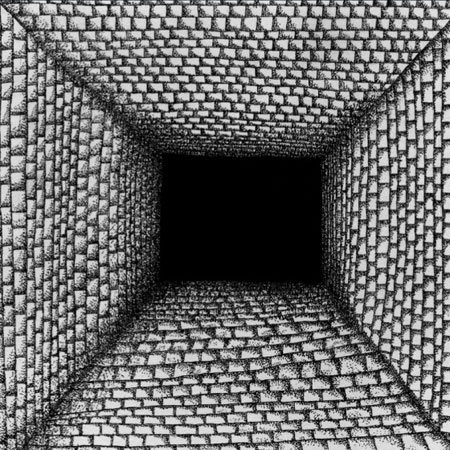