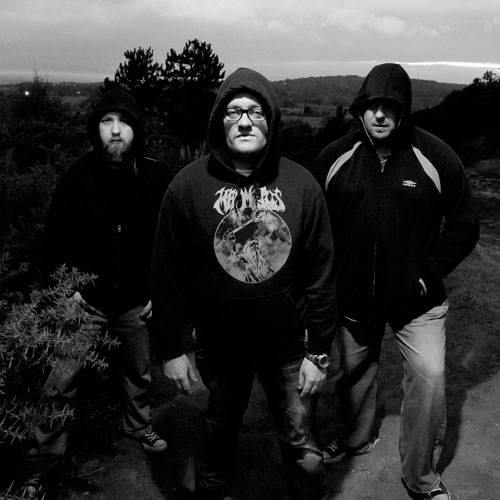 The behemoth that is simply known as CONAN have announced news of their new up and coming Split LP with Heavy Instrumentalist BONGRIPPER, this limited to 500 copies on heavyweight black vinyl is scheduled to be released via Holy Roar to coincide with their up and coming UK tour, Pre-Orders are available HERE and Pitchfork are now streaming an exclusive CONAN track ‘Beheaded‘ at THIS LOCATION.

Guitarist / Vocalist Jon Davis commented on the release…
“We’ve been looking forward to doing some stuff with Bongripper for a while now. Therefore we are really pleased to get this track out there. This track marks a period in time where Conan was frozen in time, between total obscurity and the build up to recording Horseback Battle Hammer – we hope we did justice to the writings of the almighty and evasive HORN. From shadows they rose and to the shadows they returned once again. Hail HORN.” 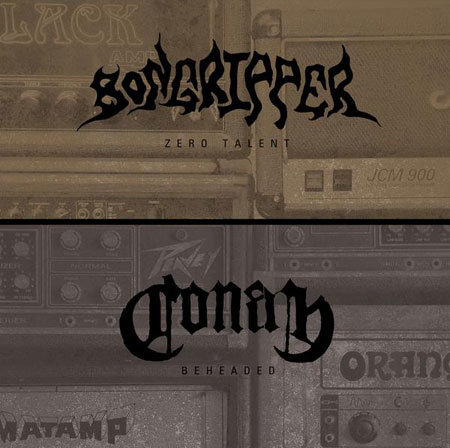 In other CONAN news, the band have now began work on there, as yet untitled, follow up to last years monolithic Monnos, commented Jon about how things are going…
“You all might be aware that we’re working on a new album. We’ve had a few hold ups along the way (house move, the anniversary of the birth of a chap called ‘Jesus Christ’ and our recent European tour), but we have now begun working on the album properly. Recent rehearsal sessions have yielded a new tune and, as expected, we have changed a couple of bits here and there in the songs we already had written. Everything is sounding pretty good up to now and we’re thinking of playing a new track or two on our forthcoming shows. When we get back from Finland we’ll be kicking off the writing process again, hopefully we’ll be ready to record by late summer.”

And that’s not all, as CONAN were recently nominated for the city of Liverpool’s Get Into This Award and although shocked at the news, Jon went on to say…

“Seems a bit weird being nominated for an award…… But it’s from the city we grew up in, so we’re very happy to attend. We’d like to say thanks to the people involved with the GetIntoThis award 2013 for thinking about us in their shortlisting. We do not court praise, nor do we expect recognition, but we welcome our nomination with open arms and view it as a most appreciated pat on the back from the City of Liverpool. We view the city of Liverpool as our Mother in some ways – beautiful, strong, protective and generous and therefore we are very proud to be shortlisted in this way. Many thanks from Jon, Paul and Phil. HAIL CONAN.”

CONAN also have new merch available in the form of Zipped Hoodies with the CONAN logo as well as ‘Mount Wrath: Live At Roadburn 2012’ CD’s which are both available from their Big Cartel page HERE.