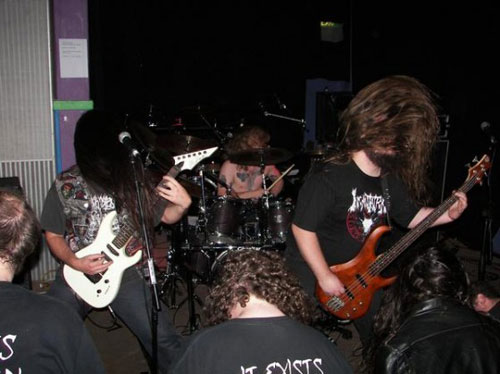 Southern Australian pirates, CAULDRON BLACK RAM, have set sail for the 20 Buck Spin roster, and are preparing to deliver the most cunning onslaught on ye lubbers with their third LP, Stalagmire.

Following a deuce of LP’s disbursed through cooperative alliances with Weird Truth Productions, Blood Harvest and Parasitic, among a random gaggle of demos and EPs since their 1997 formation, the latest tirade from this crew of bandits from Adelaide shows CAULDRON BLACK RAM once again utilizing tactics learned in previous voyages through treacherous doom and death territory. However, the Stalagmire be the grandest onslaught from this brutal seafaring trio yet, with the pungency of an armada’s worth of bilge rats and bellowing with the might of a thousand cannons.

Stalagmire will invade ports and pillage villages in North America on April 1st and in Europe April 4th via CD, LP and digital deployment methods. 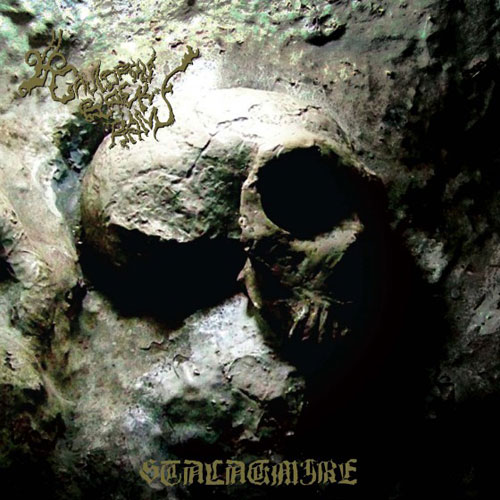 The crude horde that be the CAULDRON BLACK RAM emerge yet once more from wat’ry tomb to besiege hapless poseurs and put to manacles weak would be picaroons. Being the third of albums to sail under the banner of CBR, the new recording is a commanding effort of sludgy crossboned black death metal and slimy, rum-sodden doomed debauchery. The brigands from the far side of the world prove well versed in the execution of this unfair trade, delivering knavish punishment unto unprepared ears in the form of Stalagmire. This scurrilous tale puts CAULDRON BLACK RAM in league with similar ugly contemporaries who pay heed to old, distasteful gods and outlaw tradition but yet forge a singular path of their own making. Be it black, death, doom or thrash, all goes into the strange brew mixed in the CAULDRON BLACK RAM.