Brutal Panda Records is proud to announce their first ever vinyl subscription series.  The label will be releasing four split 7″s throughout the remainder of 2013, with a new 7″ being released every couple of months.  The series is kicking off with a repress of the long out of print Black Tusk / Fight Amp split featuring artwork from Baroness frontman John Baizley. 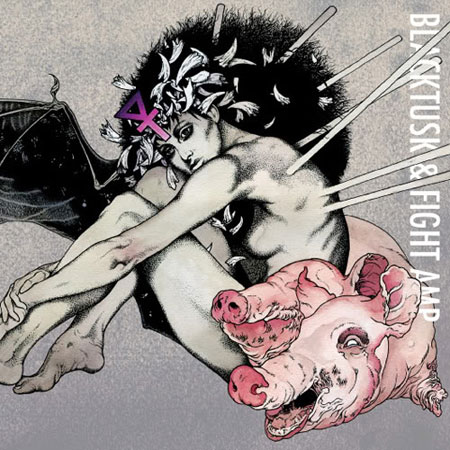 The remaining 7″s will feature brand new and exclusive tracks from:

There will be a limit of 100 subscriptions available.  All subscribers will receive an exclusive vinyl color for each release in along with the  chance at winning a test press of one of the titles.