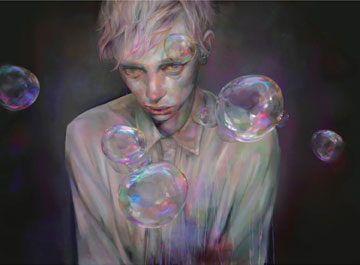 In the heady blue haze of 2007 a meeting of minds took place. Portishead curated ATP’s Nightmare Before Christmas that year and amongst the artists they selected were the irrepressible Japanese band Boris, and Bristol singer-songwriter Joe Volk. From seeing each other play that weekend, a friendship formed that lay the foundations for this Boris/Joe Volk release.  A year after ATP, Joe was asked to support Boris at their headline show in London and by 2011 the split-release project was fully underway.

Now, 5 years to the day of their first encounter, Invada are proud to present this collaboration.  The split record will be available on vinyl and download only on 10th December 2012.

Boris are well known for spanning multiple genres of music throughout their 20 year history.  Supremely heavy, always unexpected. Their presence on stage is something to be witnessed. They have been classified as space rock, outsider metal, avant rock and many more, all giving a nod to the other-worldliness of the sound they create.

It seems fitting then that for this album, Boris have produced ‘Cosmos’, a record in three parts that traverses a landscape of cymbal washes and fuzzed glitches in Part 1, to the relentlessly volcanic jagged grooves of Part 2, before descending underwater spirals through Part 3.  This journey leads beautifully to the door of their bedfellow Joe Volk. 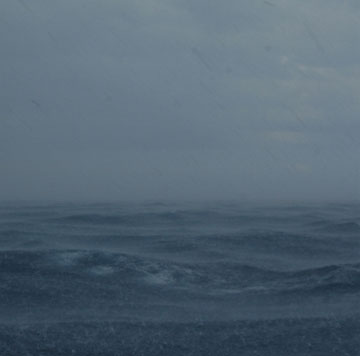 Joe was the original singer in Gonga and Crippled Black Phoenix and released his debut solo album on Invada.  His two songs on this album, ‘Call to Sun’ and ‘Finland’, are stories in technically sublime acoustics, strings and vocals, but as you would expect from an Invada artist all is not as it seems.  His use of silence and hypnotic rhythms mark this out as something entirely different.

This split album is a juxtaposition of styles from the same mindset.  One story told two ways.

Joe Volk will be supporting Boris on the following dates this December: