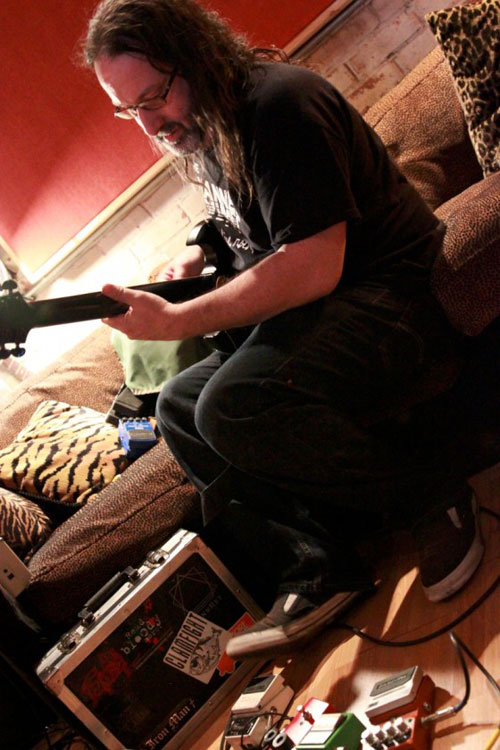 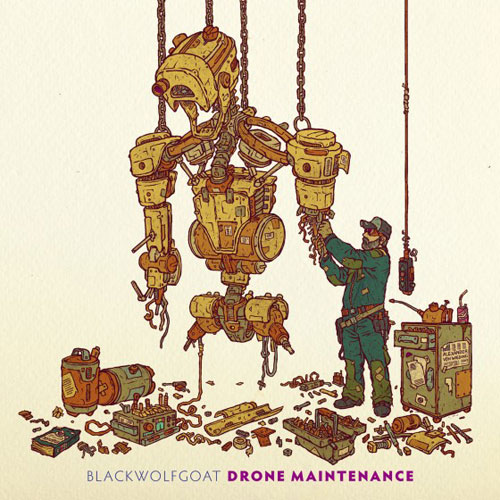 A quasi-concept album, the ten-track Drone Maintenance sends Shepard into the future as a drone repairman, fixing and servicing rogue drones. Musically, BLACKWOLFGOAT’s palette has been expanded to include acoustic guitar and judiciously applied vocal parts, but the main focus remains the electric guitar itself — without any other instrumentation or ulterior motives, and frequently captured live in one take with minimal overdubs of carefully considered embellishments added to the base layer. Inspired by early-‘70s fusion, Krautrock, (Randy Holden’s Population II) and suffocating doom, each song could serve as a soundtrack for an as-yet-unrealized film, yet they stand on their own and transduce their own moods. Drone Maintenance urges listeners to leave all preconceptions of traditional music at the door and take an audio journey to places both bathed in sunlight and cloaked in darkness. Additionally, Drone Maintenance boasts another otherworldly creation from renowned artist Alexander von Wieding (Karma To Burn, Monster Magnet, Trouble, etc.),

BLACKWOLFGOAT’s Drone Maintenance will be released via Small Stone Recordings August 26th, 2014 with track previews to be unveiled in the coming days. Stay tuned.

Get Drunk On Urfaust At Roadburn Festival 2015