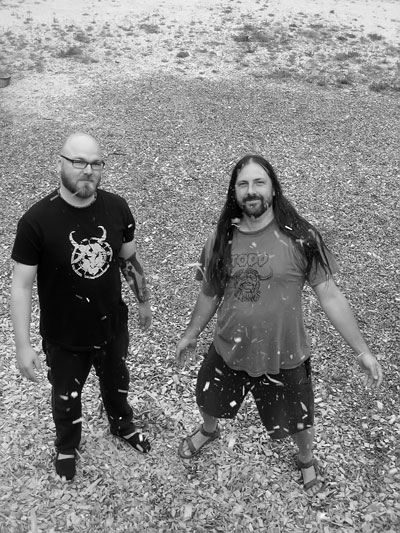 As Germany’s eclectic/eccentric dynamic duo BEEHOOVER prepares to release their fourth LP, The Devil And His Footmen — once again via their cronies at Exile On Mainstream — the taskmaster at stoner/doom/rock gateway The Obelisk fires up another new track from the record.

The belligerent bass strumming and mangled runs on “My Mixtapes Suck Big Time” weave their way through a barrage of untamed percussion in the band’s unique trademark style, topped with a quirky vocal delivery that builds into a maniacal outburst before the track winds back down to its initial state. Check out the freakout now at The Obelisk, who reviews the track “a song that exemplifies how well BEEHOOVER are able to craft a linear feel throughout weirdo choruses and a tension that seems to build even as it’s paying off. Unless you spend the rest of your day listening to BEEHOOVER, chances are you won’t hear anything else quite like it.”

“My Mixtapes Suck Big Time”… find out more RIGHT HERE while we at The Sleeping Shaman previously released the album’s “Dear Mammoth” which can be heard below and you can also read Sean’s review HERE. 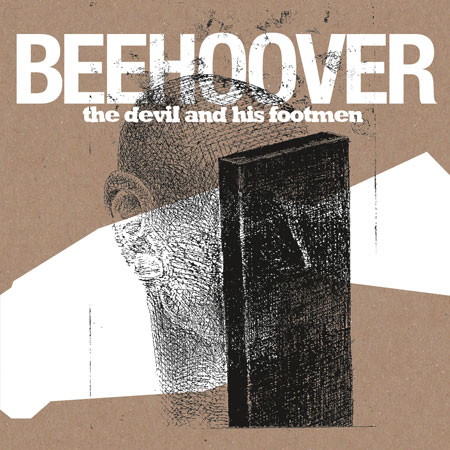 Since 2003, BEEHOOVER has released three previous albums, their distinctive drum and bass concoction making them a standout act to the cult of listeners who are drawn to their radiant madness. The band self-recorded The Devil And His Footmen behind the locked doors of their rehearsal room, resulting in their latest swirl of raw, stifling tones and rumbling octaves that strike chords with ‘70s hard rock as much as it does the thunderous rumble of Black Cobra and the jutting angles of Unsane. BEEHOOVER are at their most pummeling and exploratory here, their oddball rhythms and over-the-top vocals abstracting metallic stoner freakouts via spatial exploration like no other act. The Devil And His Footmen buzzes with eccentric electric – grit your teeth and enjoy the sting. The Devil And His Footmen will see a September 27th for Germany, September 30th for Europe/UK and October 22nd for US available on CD, LP and Download via Exile On Mainstream. 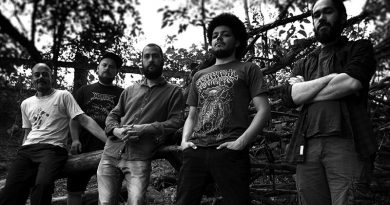