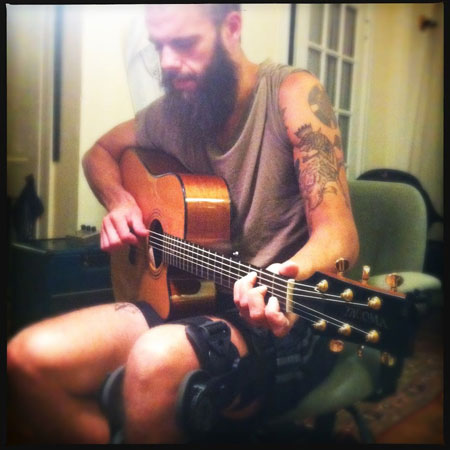 Baroness, in a letter to their fans, have issued their first post-accident update since August.

The four band members and five person crew suffered a variety of injuries in the harrowing Aug. 15 accident which saw the band’s bus plummet 30 feet down off of a viaduct outside of Bath, England. The East Coast-based band were in the final week of an extensive European tour following the release of their critically-acclaimed double album, Yellow & Green.

Read on for the John Baizley & Baroness statement…

“On August 15th, just before 11 am, Baroness and our crew were involved in a very bad crash while on tour. The brakes in our bus failed completely, on a notoriously dangerous, incredibly steep (12% grade) hill in Monkton Combe, UK, on our way from a show Bristol to another show in Southampton. Our bus went entirely out of control, and we had no choice other than hitting a perpendicular guardrail going about 50 mph at the bottom of the hill. The guard rail and the 20 or 30 trees we ploughed through snapped like matchsticks as we went fully airborne and fell down more than 30 feet off of a viaduct to the ground below. Half of the band/crew were asleep while we lost our brakes, and a few of us were awake and sitting in the rear lounge. I was up front with our driver, and I bore witness to the entire thing. Once our brakes failed, the bus could do little more than gain momentum and plummet down the hill. There was nothing anyone on the bus could have done during our descent to avoid the crash, and no one, the local residents, the police or any of us can believe we survived the impact…”