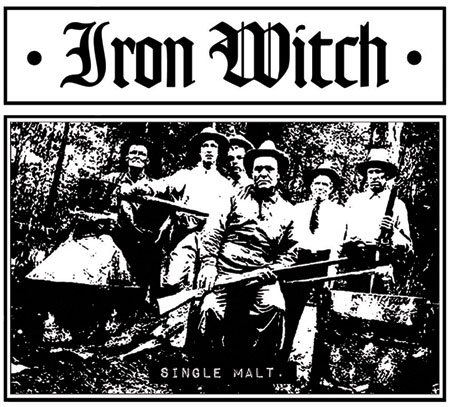 IRON WITCH are a Sludge Metal band from Liverpool, England who formed in early 2010. Their mix of ‘whiskey soaked’, bluesy riffs, throat scorched vocals and hardcore punk, tip the hat to the likes of Eyehategod, Black Sabbath and Black Flag.

Their EP ‘Single Malt‘, which was originally released in 2011, will now be pressed to vinyl via newly founded Baitin’ The Trap Records. It will be out early 2013 on whiskey soaked 12″ featuring all new artwork and pre-order packages.

Already sold out on CD and Cassette this, 12″ is not one to be missed. Limited to 300 copies on lovely translucent whiskey coloured wax.

You can stream ‘Single Malt‘ below and also download it for FREE over on the bands Bandcamp page at http://www.ironwitch.bandcamp.com.