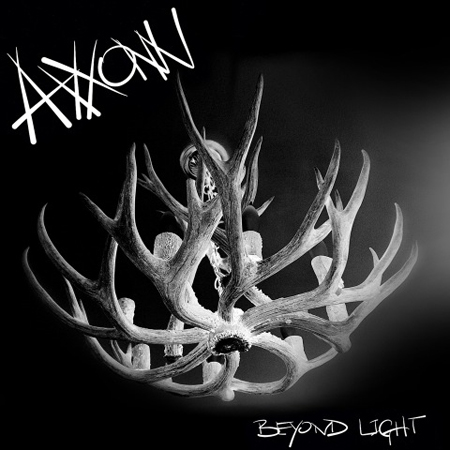 AXXONN (aka Tom Hall) has a reputation for pulling no punches and continues right where it left off, a thick and dark molasses of electonica, pulsating distortion and a new approachability that will prick new ears and deliver to those who have been on the ride since the beginning.

AXXONN’s second album Beyond Light proves a change in location can sometimes create extreme sonic reactions and expression. After moving to Los Angeles (from Australia) and striking up friendships across LA’s many artistic realms, Hall can be found frequenting LA’s many EDM events and experimental sound performances, as well as providing synths for some of Hollywood’s most exciting composers, with him recently assisting Lucas Vidal on jobs and Fast and Furious 6.

Beyond Light sees a fitting progression from AXXONN’s earlier works involving pulsing ambience and heavy drone moving into more gleeful fields of 4/4 rhythm, glitch, arpeggiated synths and vocals. Fans of earlier AXXONN works might be alarmed at first, but they’ll also find plenty of passages and hints to the past with trademark heavy synths, distortion and sprinklings of white noise spread throughout. Tracks such as Oceans Clear and Outback Wonderland embrace new territories and explore EDM orientated fields, while tracks such as Sequel to Acid sit firmly on the fence between past and present.

Most of the album was demoed soon after Let’s Get It Straight (Oct. 2010) while Hall bunked down in rural Tasmania (Australia) waiting for the all-clear from US Immigration for his move to LA. With the whirlwind move to one of the busiest cities on earth and immersion into a new life, environment and employment, many of the tracks were not revisited until earlier this year. Like skeletons of past times, almost every facet of every track was manipulated, re-amped and re-recorded to become the album that is Beyond Light.

You can also stream the teaser video for the track ‘Sequel to Acid‘ which is the official single from Beyond Light.

‘Sequel to Acid‘ draws inspiration from ‘Perfect for Acid‘, a track from their debut album ‘Let’s Get It Straight’. StA embraces a ferocious pace and AXXONN‘s love for all things fast.

Shot live on set utilizing live performance and a multiple video projection setup and synced through a Max (jitter) play back system. Minimal post production was utilized to join different sections together to create the entire clip.

Beyond Light will be released by Sonoptik Records as a Cassette and Digital Download on 19th October 2012.

BLACK PYRAMID: New Song Available For Streaming via The Obelisk