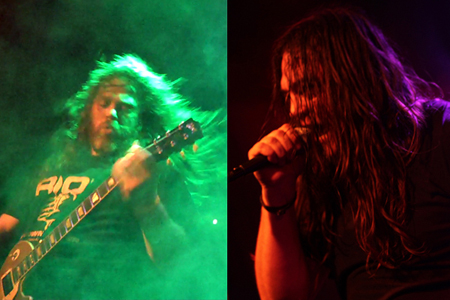 After dispelling break up rumors earlier in the year, Port Orchard rock n’ roll preservationists, STONE AXE, have announced that writing and recording has resumed for the bands next album. Multi-instrumentalist Tony Reed and singer Dru Brinkerhoff have reconvened in recent weeks to put the final touches on a handful of tunes, as well as sketching out ideas for a new STONE AXE record, the first new material since 2010’s Stone Axe II.

“It’s early in the process,” states Tony Reed on the writing process for the new album, “Dru and I have met a few times to plot out a musical direction for the new full length album. And, in the meantime, we’ve been working  on some songs that have been lying around for awhile that may be released as an EP in the near future.”

Though we’re going to have to wait until 2013 before we see a new release from the band, work is progressing at a steady pace. Some of the working titles in the mix include “Fell On Deaf Ears” for the new full length, and for the possible EP, “Lady Switchblade” and “Deep Blue”, a song reminiscent of the epic sci-fi thriller, “The Skylah Rae” from the STONE AXE self-titled album.

While the creative powerhouse of Reed and Brinkerhoff continue crafting tunes for upcoming releases, the STONE AXE back catalog is still available from Ripple Music! Distributed by Nail Distribution in North America, Code 7 in the UK, and Clearspot International throughout Europe.