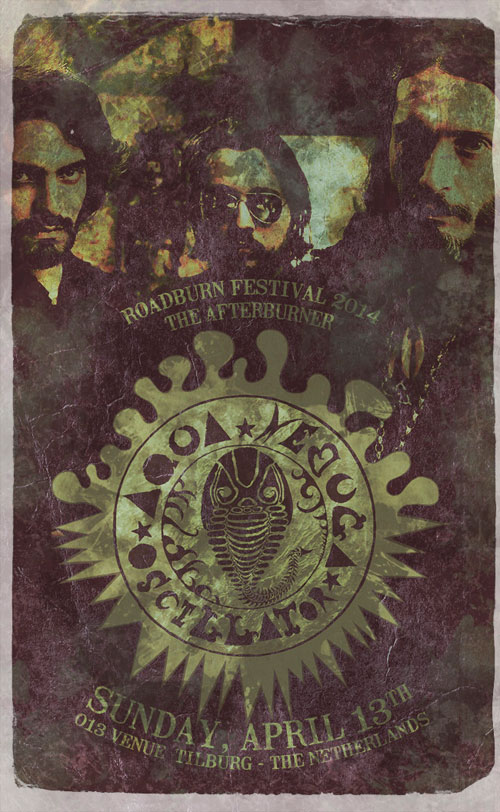 It was only a matter of time until French droned out psych-space wranglers Aqua Nebula Oscillator found their way to Roadburn Festival. The band’s super charged, heady collision between extended Hawkwind freakouts and the raw, metallic swagger of the Stooges is a perfect fit, and Roadburn are excited to announce that Aqua Nebula Oscillator will appear at the 2014′s Afterburner on Sunday, April 13th at the 013 venue in Tilburg, The Netherlands.

The band’s latest album, Third (out on TeePee Records) sports a serious fucked-up psychedelic vibe and cranks a sound that is as blown-out and lo fi as it is heavy, layered and druggy – one moment Aqua Nebula Oscillator explodes into woozy, tranced out heavy psych explorations, and the next they’re churning out buzzing tracks that veer into a three minute frenzy, replete with shredding leads, feverish melodies and killer hooks. If you’re into White Hills, Acid Mothers Temple or early Monster Magnet, you’ll find your new favorite band in Aqua Nebula Oscillator at Roadburn 2014.