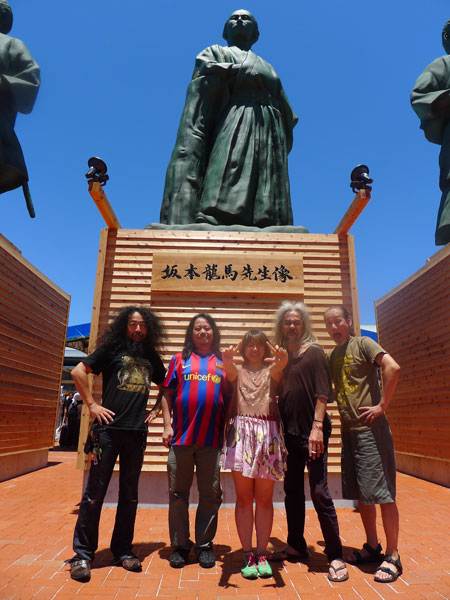 Parallax Sounds are excited to announce their first release from Japanese psychedelic collective ACID MOTHERS TEMPLE. Active since the late 1970’s, founding member Makoto Kawabata has directed the ACID MOTHERS TEMPLE project and its various offshoots for over 15 years, championing an inimitable brand of sonic exploration at once visionary yet steadfast in its refusal to conform to the occasional mundanity of the present, taking in a diverse array of audible and aesthetic influences including Berlin School Krautrock, earlier German Elektronische Musik, British Progressive Rock – particularly its Canterbury contingent – as well as Japan’s own hallucinatory pioneers such as Brast Burn, Taj Mahal Travellers and Les Rallizes Dénudés. 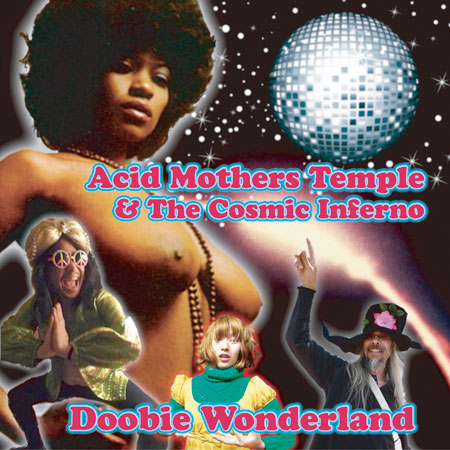 Due for release on 2nd September 2013 under the Cosmic Inferno guise, ‘Doobie Wonderland’ sees them utilising these influences to their full extent whilst continuing to expand, finding new inspiration in such genres as Psychedelic Soul, Funk and Disco. This new approach is perhaps evidenced by a shift in line-up; in addition to core members Makoto Kawabata, Higashi Hiroshi, Tabata Mitsuri and Shimura Koji, this collection of material, recorded over the space of five years, features the final appearance from drummer / vocalist Pika (formerly of Psychedelic Punk duo Afrirampo) and marks the arrival of Opera, who also performs with Kochi-based Hardcore group Reveal. Pika’s spell with the band marked not only a new sound but a sensibility that extended to a live setting, giving rise to a new sonic and performative method, manifesting in a joyous, often ecstatic character that stands in contrast with the Doom-laden arrangements heard on albums such as “Starless and Bible Black Sabbath” and “Ominous from the Cosmic Inferno“. This sensibility lives on following her departure, resulting in a refreshingly primitive style that can be heard both live and recorded.

A must for converts, and a welcome addition to any Progressive Rock, Psychedelia or even Jazz Fusion collection, this is a trip not to be missed. Come armed with a sense of adventure and without a map.

Pre-Orders are available from Parallax Sounds at THIS LOCATION and you can stream the track ‘M.J.Love 666‘ below.