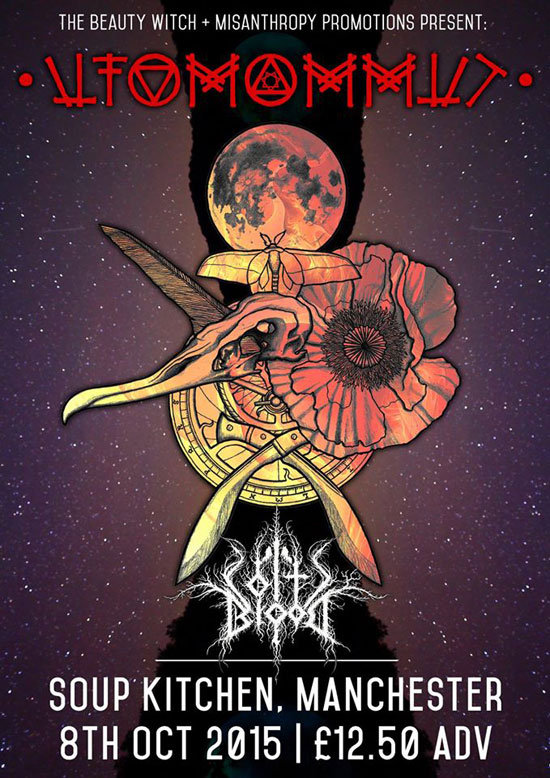 From experience, Manchester’s Northern Quarter is a frustrating combination of the genuinely odd and creative as well as the leeches who just want to soak it up because their record collection sounds cooler if you don’t know how to pronounce the band names. Soup Kitchen – one of those faux-rustic bars that would pride itself on the fact that you’ve never been there – provided me with enough of a reason to suspect that tonight’s gig would amount to a bunch of vacant stares and gently swaying topknots. I was here primarily to see a band whose live act, I mistakenly presumed, would rely on their borderline seizure inducing bass lines being fed back to them through an audience behaving like they had just contracted the Rage Virus. 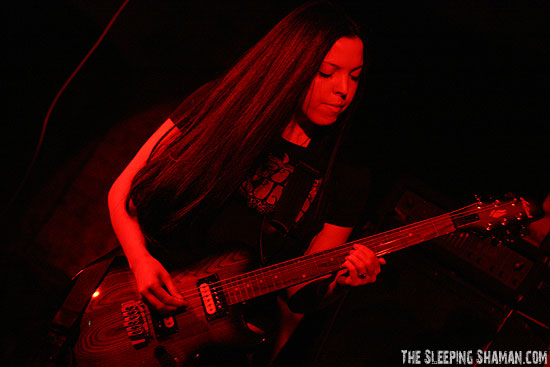 Coltsblood were the support act and provided enough down tuned, snail paced riffery to set the tone for tonight’s gig with drummer Jay Plested being particularly impressive as he absolutely battered through the set whilst maintaining the look of a man who hadn’t even begun to fuck shit up yet. They’re a band who will make you wonder if they’re drinking between songs or playing songs between drinks, but they don’t let it slow them down; content with feedback to take the place of the needlessly courteous request to “hold that thought”.

Their set tonight made me feel like I was in the eye of the storm, watching the remnants of old Mrs Cuddy’s shed float on by, but without ever getting swept out of my comfort zone and into the chaos. That being said, they provided more than enough of a soundtrack-to-pent-up-aggression in order to satisfy those who came here immediately from their day jobs. A band definitely worth keeping an eye on as they will no doubt continue to improve and, more importantly, continue to hit the sweet spot in the darkest corners of your mind. The incense was a plus.

One band down, another to go and a cigarette break was scarcely enough of a chance to retune the ear drums and prepare to see a band with a reputation as gods in a world of monsters. I can’t proclaim to be a long term admirer by any means and this was my first time seeing them live so I had no idea what to expect. 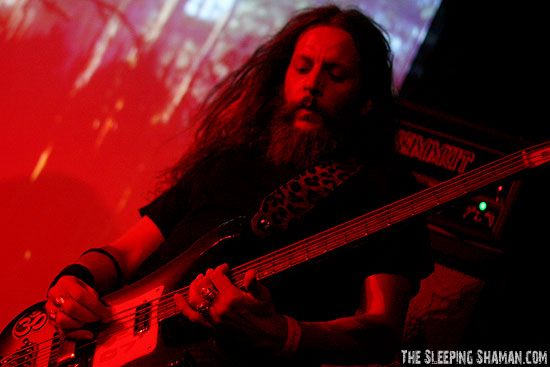 Back downstairs just in time and Ufommamut started luring the audience in with a projected film that seemed to show some kind of Little Red Riding Hood/Shrooms crossover. It was immediately apparent that they were going to make everyone feel like they were waking up at the bottom of the ocean with the pressure turning their lungs inside out. A minor sound issue early on lead to vocalist/bassist Urlo appearing to ask Poia to turn down his guitar; usually an annoyance but it’s hard to argue with when, for the rest of the set, Urlo’s Rickenbacker and Poia’s SG were in such perfectly debauched harmony. With an unflinching intensity the often organ-like guitars were towed along by Vita’s solid drumming.

A guy in a small hat threatened to turn the venue into every school talent show ever by puffing on his seemingly oversized e-cigarette and releasing the vapour like a really trendy smoke machine. But the feeling was short lived as the attention immediately was back on the band. Ufommamut isn’t an e-cigarette, they’re that thing that gets passed to you at a party that you think twice about because you know you’ll have one of those trips that your parents, school or church warned you about. Poia’s amp trembled every time he moved and Urlo is one of those people that you can hear inside your head when they look at you. It really is difficult to explain if you haven’t seen it for yourself, the atmosphere was constantly foreboding but in the most hypnotic way.

The band left the stage before returning for an almost customary encore that involved the drummer and bassist leaving Poia on his own to keep the tempo going with a driving riff, building layers of sounds before cutting the pedals and ushering back on the other two members with the raw sound of a guitar and a good old fashioned tube amp. They continued this throughout a thankfully lengthy encore building to a bone shattering climax that is so heavy that you didn’t even hear yourself say “oh shit.” You might have guessed but I’d definitely recommend them to anyone with an appetite for psychedelic heaviness. 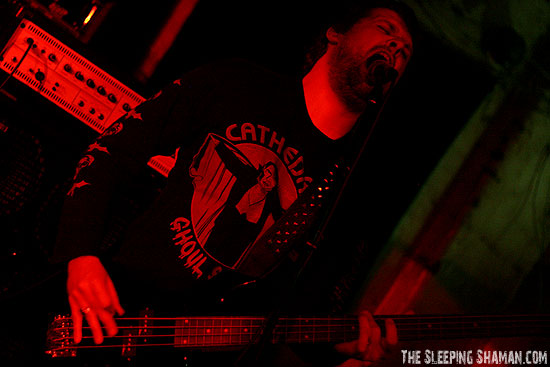 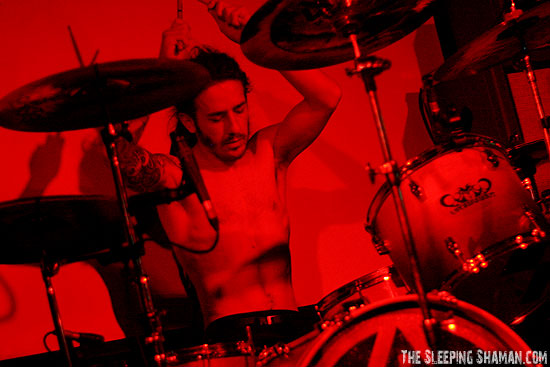 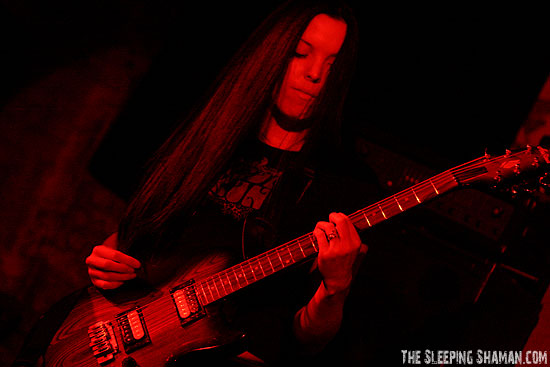 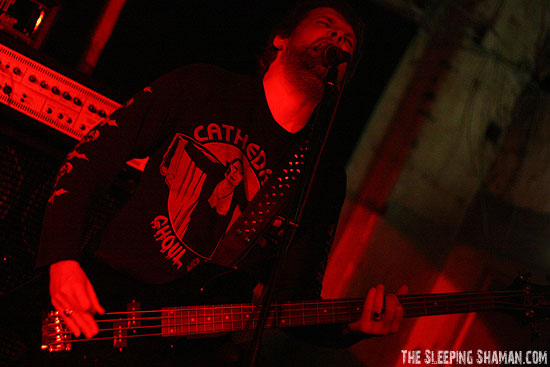 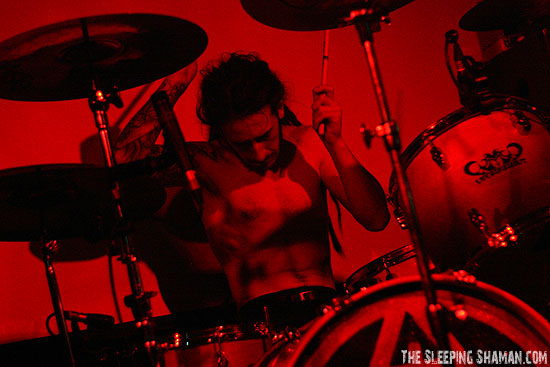 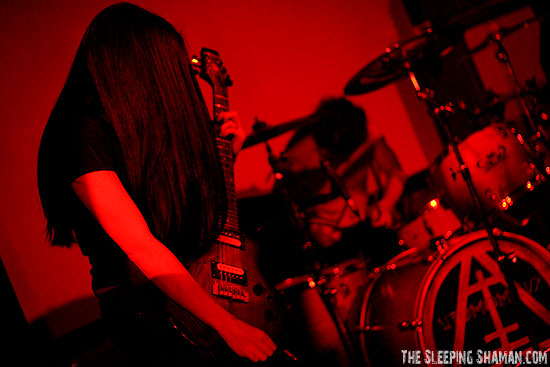 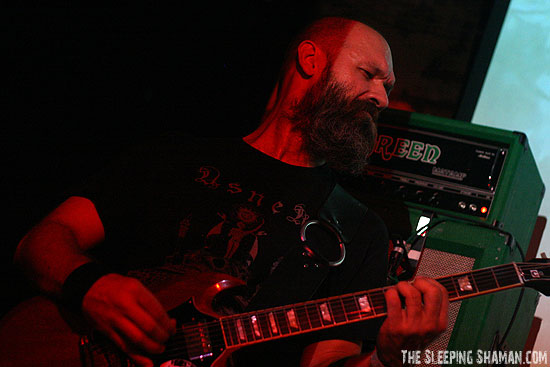 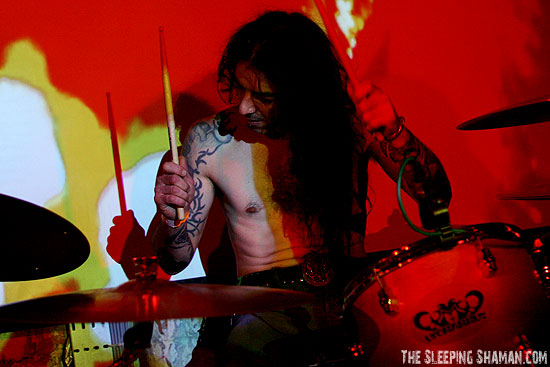 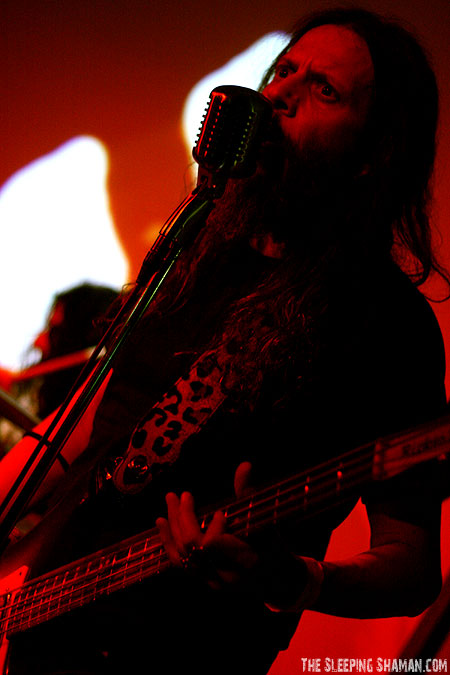 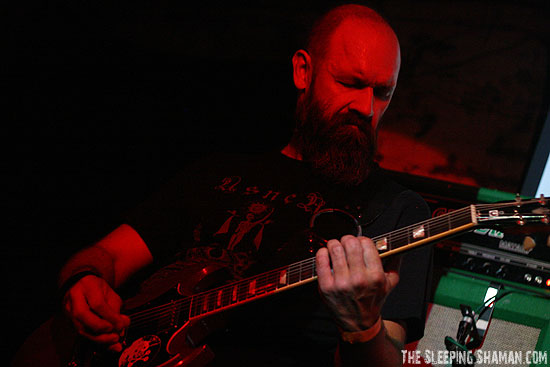 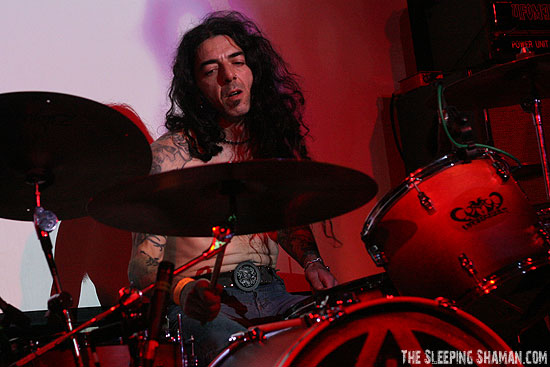 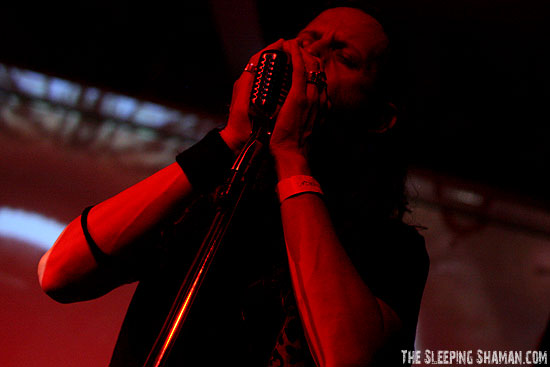 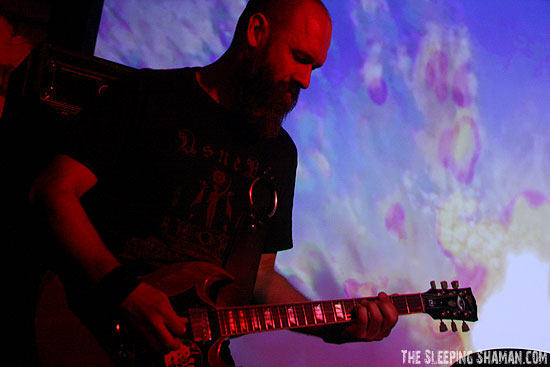 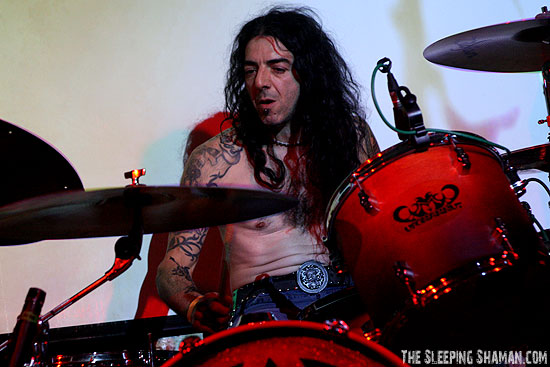 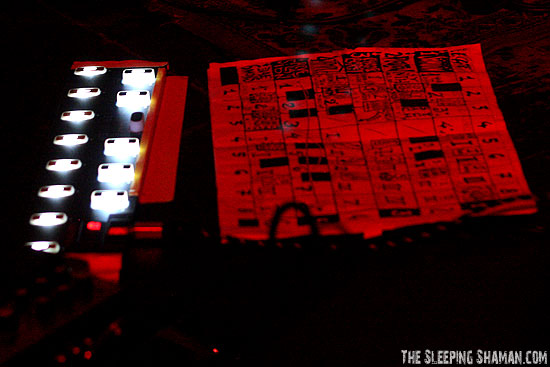 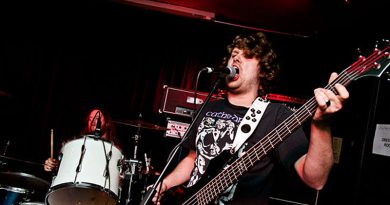 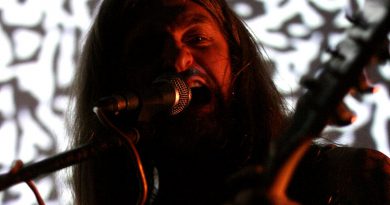 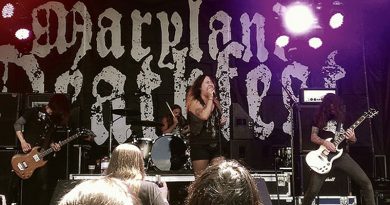