The day after the night before is not being kind to many. Even by midday a fair few dog-hairing ales are already being sunk by bleary-eyed locals and weary travellers alike in The Black Heart and World’s End pub. However now is the time to wake up as the big boys of desert rock are in town tonight, some for just one night only. With the Electric Ballroom open from 3pm to cope with the thousands of kilograms of hair slowly cluttering up Camden’s streets, it’s full steam ahead into DesertFest 2013 Day2!

Opening up the Underworld stage, Londoners Gurt keep it muscular. Frontman Gareth Kelly is clearly more than overjoyed to be hitting the famous wooden boards as the crunching four-piece open up into ‘Dudes with Beards with Cats’. Kelly strides the stage throughout and works the front-row-hugging punters well with his growling and menacing vocal onslaught. Rich Williams headbangs away beside him; blasting out a long series of hulking Godzilla chords from his wood-finished guitar. Having grown in confidence over their several active years on the London scene, it’s not long before Gurt have the crowd nodding along with them through the likes of ‘Fucknose’ and ‘Shell’. ‘You’re Not from Around these Parts’ is a bouncy stomp through Iron Monkey-esque pastures old and new and Diesel King’s Mark O’Regan comes out to add extra muscle (musically and literally) to guest on closer ‘Soapfest’. 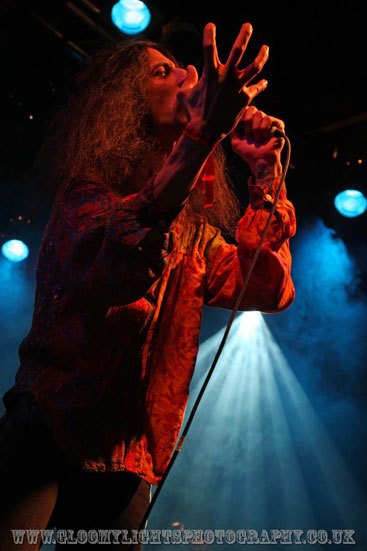 Turbowolf‘s Chris Georgiadis is a man on a mission to get the party started as the Bristol foursome open up the Ballroom. The band’s jagged grooves hit home better than a cure for hayfever as their infectious boogie jams slam into the swelling 3pm crowds. If you’ve never witnessed this band before then I’ll safely confirm to you that they’re batshit bonkers; drummer Blake Davies’ insane rhythms and bizarre time signatures power Georgiadis’ vocals yelps whilst keeping an undeniable groove. All that said, it’s still early for many and low ABV counts all round do hamper the response. Chris does help by throwing several cans of beer out into the crowd and by the end of a shattering ‘Let’s Die’ the crowd are largely won over by what comes as a welcome break from all the slowly plodding riffs of the weekend. 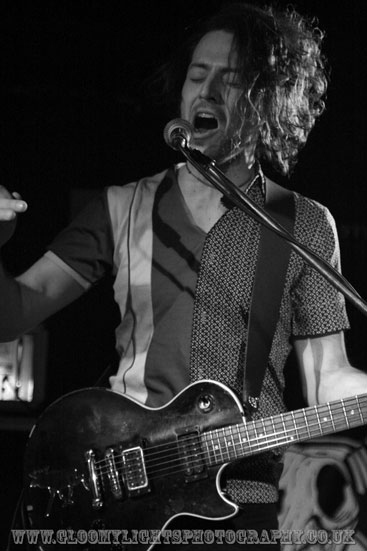 I quickly hot-foot it over to the Underworld to check out the intriguing German duo Dÿse (pronounced “doo-zer” I believe) and am immediately glad that I did as the Berlin pair prove to be a complete revelation! Guitarist/vocalist An3 Dietrich and drummer/vocalist Jarii van Gohl are so tight it’s actually painful, yet completely enchanting, to watch! They’re the right kind of level of tightness that they’re taunting each other into making a mistake amidst their frenzied and bizarre stoner-prog hybridity. There’s a hint of Tool in what they do as they mash impossible combinations of rock together – “This is a Beastie Boys and Mozart collaboration cover!” screams Dietrich before one track. The pair rope in both clean and strikingly harsh vocal approaches which grind together with chugging precision in a similar vein to Norwegian noisepunks Arabrot. Throughout their set their hilarious stand-up comedy routine plus their shirts (each wear half of the same two shirts…yeah, get your head around that!) have the audience in stitches. Unfortunately having to leave the party early, I make sure to stop off and make a “merchase” before I leave the venue.

Minutes later, House Of Broken Promises bring the sleazy party riffs to the Electric Ballroom big time. Mike Cancino is the star behind the kit – his footstomping kick drums echoes around the room like a millennium-aged ghost as his fellow Unida-player Arthur Seay bashes out dirty riff after dirty riff on his black axe. Jo Mora doesn’t have the same authority as former four-stringer Eddie Plascencia in the bassist/vocalist position, but instead brings a sense of fun and passion with his punkish energy. The trio could do with an extra guitar to round out their classic biker-stoner sound, but the likes of ‘Blister’, ‘The Hurt (Pay My Dues)’ and ‘Obey the Snake’ still sound like a badass brawl on the Sunset Strip. 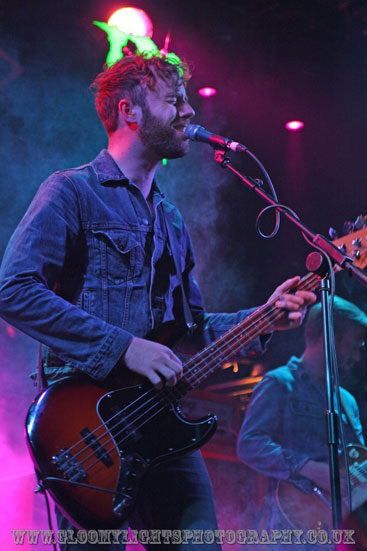 It’s Legends Time with a capital L and if anyone’s wearing more denim than Lowrider collectively are this weekend then they deserve a medal for their retroness! The fuzziest guitar tones of the weekend sit snugly with the returning Swedish 4-piece’s grossly under-appreciated riffs as they blast through wave after wave of solid ‘90s desert rock from their sole album ‘Ode to Io’. Their whole hour is a low-strung feast of outer-galactic fantasy metal; at times heavier than a mutant killer whale, at others softer and sensual like a luscious lullaby. Peder Bergstrand and Ole Hellquist’s vocals sound practically underwater on the likes of ‘Saguaro’ and the thunderous ‘Flat Earth’ and the packed out room applaud every song with delirious rapture. Not many believed we’d ever see these hidden gems aired live again, but it’s thanks to the impressive persuasion power of DesertFest and the scene as a whole that reunions like this can happen if you try hard enough.

The crowds are out in even greater force for the also-returning Dozer who arrive to a huge welcome behind mysterious plumes of green smoke and cosmonautical transcriptions. Guitarist Tommi Holappa’s energy is boundless and Frederik Nordin’s never-bettered vocals are piercing, clear and mournful as the bombastic rhythm section drives relentlessly on. ‘Born a Legend’ and ‘Drawing Dead’ are simply a wonderful 1-2 to play and get the whole floor bouncing like jacks in their respective boxes. This is purist second-wave stoner rock right from the bringers of the motherload. Olle Mårthans’ drums are simply huge at the start of a colossal ‘Big Sky Theory’ and ‘Rings of Saturn’ is a hulking mass of Swedish muscle. ‘Headed For The Sun’ is an unexpected delight and is jammed out to its full glorious potential on Holappa’s white Gibson Explorer as the beered-up crowd go ecstatically ape at his feet. The only travesty here is my large lack of knowledge around their back catalogue – a situation to be rectified in the coming weeks! Magnificent. 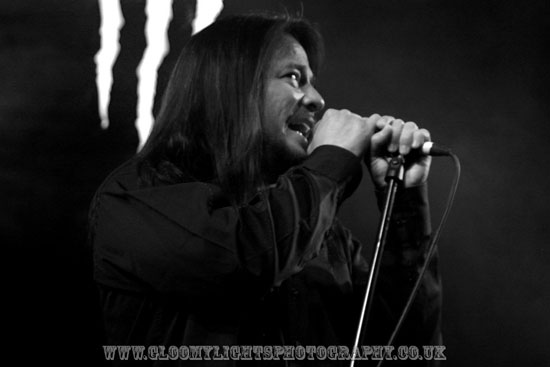 There’s only one way to top that, and that’s to go right back to where it all started. As the groove-toting Arthur Seay’s ludicrous beard re-emerges again, the packed out Ballroom is in near ecstasy. When the tall, tanned figure of lead singer John Garcia (ex-Kyuss) emerges from the shadows, headliners Unida are back to settle unfinished business and rip straight into ‘Thorn’. Say what you want about the current situation around the Kyuss legacy, Garcia can still fucking sing like a god and his glass-shattering swoon wins over everyone from the front-row to the bar staff. ‘Nervous’ is simply an artful reinvention of the blues; a sing-along so simple that even those who’ve never heard it before are soon screaming away for “the flipside to that coin”. A pit opens up for an incredible ‘Human Tornado’ as Garcia, always strangely awkward as a frontman, chooses to stand and coo away behind his bald-headed bounty-hunter of a sidekick Seay throughout this and several other classic tunes. Seay’s young nephew Owen does a solid and sterling job behind the bass and Cancino impresses me for a second time tonight with his stadium-sized presence behind the kit. Unida air several songs which were recorded for the never released ‘For the Working Man’ record with ‘Puppet Man’, ‘Last Day’ and ‘Hangman’s Daughter’ given a full blasting over the Ballroom’s giant PA. The crowd eat them up as if they were set regulars and Garcia swaggers over the latter gloriously. The only let-downs are the significant absence of the beautiful ‘If Only Two’ and Garcia’s near complete disregard of any crowd interaction (he leaves all the talking to Seay, only speaking to introduce the riff-monger to the rabid London fans) but as the perfect ‘Black Woman’ rings out loud and true before an early curfew, very few could give a monkey’s. Seay completely nails THAT show-stopping solo and the beards head out happily in search of more beer.

Such was the incredible calibre of big names acts on the main stage today I found it difficult to wander, discover and explore the other, more obscure bands on offer. However, Sunday is due to bring more variety and a fresh take on heaviness as Pentagram, Bongripper and Colour Haze, along with dozens of others, arrive to dazzle the senses. I can’t wait! 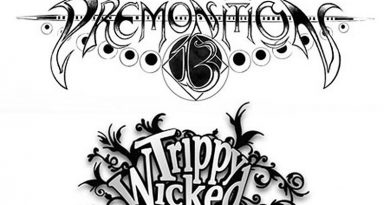 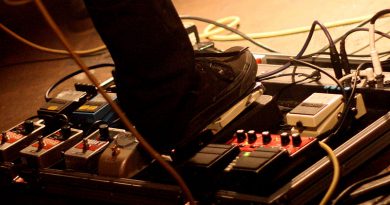 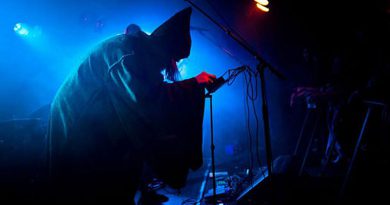