Monolord vocalist/guitarist Thomas V. Jäger recently released his first solo album, A Solitary Plan. It’s a quiet, introspective album that brings to mind Alice In Chains’ Sap and Jar of Flies EPs. I spoke to Thomas about recording at home, mellotron, and his favourite acoustic albums.

I get the impression you recorded most of the music on ‘A Solitary Plan’ at home? What’s your home studio set-up like?

Yes, everything is recorded here at home except the mellotron and a piano. My setup is pretty simple. A bunch of microphones, nothing too fancy. A really old Pro Tools system with Windows XP, haha. I have been trying out the Heil Sound microphones lately. Dig ‘em.

I write without limits more when writing for solo stuff. Because I don’t have to translate that into a live setting. At least not yet. A later problem, so to speak, because I don’t know if I’ll ever play these songs live. With Monolord there can’t be too much going on because we are a three piece.

Sometimes I record multiple tracks for a certain part, multiple times with different guitars or instruments, to see what fits best…

How do you decide what instrumentation to add to a particular song? For example, the mellotron on ‘A Solitary Plan’, the synth on ‘Creature Of The Deep’ and ‘The Bitter End’.

The mellotron is played by a guy named Emil Rolof, who owns a real one. Sure you can emulate it with software these days and you probably can’t hear the difference but the vibe you get is important too.

Sometimes I record multiple tracks for a certain part, multiple times with different guitars or instruments, to see what fits best. But most of the time I know what I am gonna do when I start getting the structure done, when the songs vibe is there.

I’m really curious as to what inspired ‘The Drone’. In an album full of strong melodies that one stands out as being particularly catchy.

It is funny that a lot of people mentioned that song as a stand out track. I wasn’t sure to even include it on the album. I don’t think I remember what inspired it.

I understand the songs came from a pretty heavy place. Was the process of writing and recording the album cathartic?

Yes indeed. Now I don’t have to talk about that. But there is a hole in my heart that’s probably gonna be there forever. It may sound cheesy but I cried while recording the last song on the album. It was hard.

It is funny that a lot of people mentioned that song [The Drone] as a stand out track. I wasn’t sure to even include it on the album…

What are some of your go to acoustic albums?

Lately I have listened a lot to Elliot Smith Either/Or and Neil Young’s first. George Harrison All Things Must Pass. Dorthia Cottrell’s solo album is magic too. That last record inspired me tons.

Thanks Thomas for answering this quick interview, and his debut solo album, A Solitary Plan, is out now via RidingEasy Records. 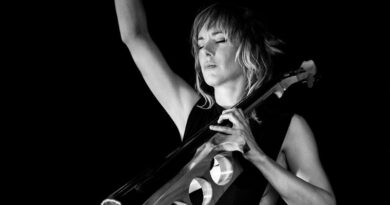