Palms is the union of Chino Moreno (Deftones) and three members of the now (sadly) defunct ISIS. Their debut album, recently released on Mike Patton’s Ipecac Recordings, plays like a waking dream, combining lush layers of chiming guitars and a restless rhythm section with Moreno’s unmistakable croon. Rightly considered to be one of the most highly anticipated albums of the summer, the album has just entered the Billboard 200 at Number 55 as the band is preparing to play their first shows as a live band. Tom McKibbin spoke to Palms’ drummer Aaron Harris to discuss the band’s origins, the writing process, recording techniques, and what the future holds for the band. 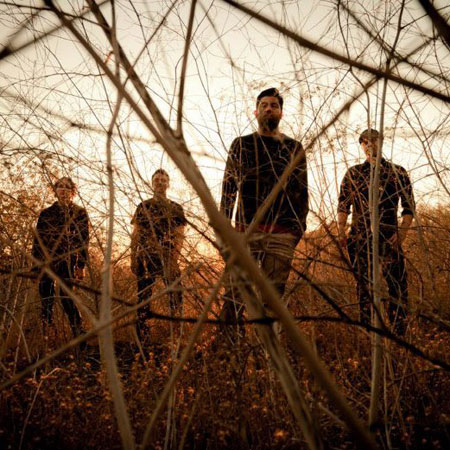 Hey Aaron, thank you for taking the time to answer some questions for us. I’ll jump straight into it…

I’ve read an interview in which Chino stated that he was a fan of ISIS, and I assume that this admiration was mutual. How did your paths come to cross?

We’ve been Deftones fans for years. I’ve turned so many people on to Deftones who thought they sounded like something else. They often get lumped into something that they’re not. I’ve always admired their songwriting, the players, and Chino’s voice. He has a sound that’s immediately recognizable. I love his dynamics and knew he’d be great for the music we were writing for Palms. Chino and I bonded over runs and hikes here in LA. We shared a lot of the same interests and would bounce ideas and music we were listening to back and forth. He had asked about Palms and what we were writing. He wanted to hear some. I sent him some demos and he sent one back with a vocal demo over it. It grew from there.

So how has the writing process worked on the album? Do you all get together in a room or is it a case of sending ideas back and forth over the internet?

We get together in our practice space. It’s very important to us to all be there working off of each other when we write. We record a lot, and demo things. We listen back and make changes. We worked that way in ISIS too.

I recorded the drums at my friend Joe Barresi’s studio. We had a lot of fun with it. He had just gotten his 2″ tape machine repaired and he has a lot of really unique mic pres and microphones so we decided to use a lot of stuff that you wouldn’t normally see in a studio. Like Sphere and brown Helios mic pres. It was a lot of fun and we got some great sounds. I recorded the guitars and bass at our rehearsal spot. That was nice because we were able to pick away at it and work on getting cool sounds without being under and strict time restraints. I tracked the vocals at my home studio, and on the road with Deftones. That was really fun tracking vocals in hotel rooms and in backstage rooms. I think it really added to the vibe. I don’t think the record would have been possible if we had to book time at a studio every time we wanted to track. I think me being able to track this record and be flexible was really crucial to it coming together, and of course I was happy to do it and psyched that those guys trusted me play that role. 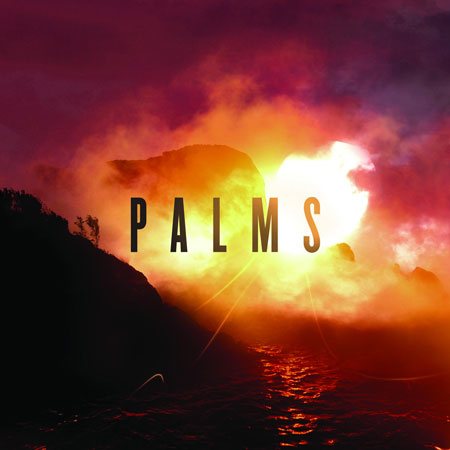 When I listen to the album I sense a great deal of sadness being released. Chino is able to relate a sense of nostalgia with his voice that is really poignant. Do you feel that this album has been a conduit for release for you guys?

I think it’s really interesting the way that people hear this record. Some people walk away with a sad and lonely vibe. Others say they feel very happy and relaxed. For instance “Antarctic Handshake” starts off with a very sad and lonely vibe to it. The first time I really listened to what Chino was singing I was crushed. But the song ends on a very hopeful vibe. We really strive to create music that provokes a feeling. To me if you can do that you know that you’ve got something special. It’s also the kind of music we enjoy listening to. Music is really powerful that way.

Although the album is quite melodic and relaxed as I mentioned before, there is also a restless, circular energy to the songs that create a sense of being lost in a purgatory (“Shortwave Radio” being the prime example). Do you agree with this interpretation? The end of that song is one of the most palpable, powerful moments I’ve heard on a record for a while.

Thanks man. Like I was saying before I think that these songs can bring up a variety of feelings for the listener, and can reflect the mood of the listener. I love when I find a record that can do that. A song that one day makes you feel really good can also on another day make you feel really contemplative. I’m happy to hear that these songs are having an impact on people. To me that’s the biggest compliment.

Would you agree that Palms’ songs are about moods and textures? The swathes of reverb and delay on the guitars for example seem to be quite impressionistic?

Absolutely. Texture is a good description. I remember when I was mixing this record having a hard time finding where everything fit. I tried going for a big ISIS type sound, but it just wasn’t working. I realized that this record has a lot of texture and vibe to it, and once I figured out how all the pieces fit together it all started to make sense to me sonically. 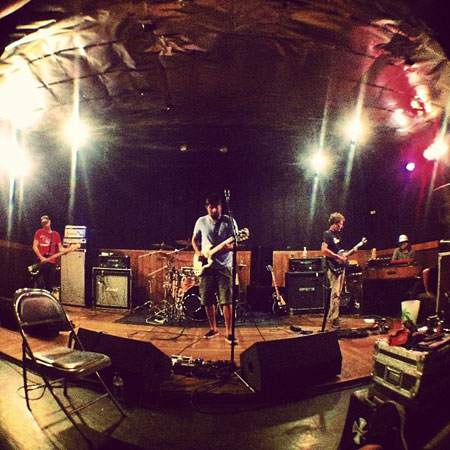 How are you feeling about playing these songs live on your upcoming tour? Is it a daunting prospect having never done it before?

Rehearsals have been sounding really great. Chino wasn’t able to play guitar on the record, so having him on guitar live has really added some new elements to the songs. We’re excited to play live!

How has the response to the album been? Was it what you expected it to be?

It seems to be really good. I’ve seen a lot of really positive feedback and that really makes us happy because we put a lot of work into this and believe in it. There was a certain amount of pressure on this record given the names involved, so we were a little scared of how it would be perceived because we knew that we sounded different than what most people were expecting. That said I don’t think it’s a huge departure from any of our past releases. It’s been really nice to hear that people are enjoying it and making connections with it. I especially like hearing that it’s providing peeps a soundtrack to their summer.

Yeah, there’s definitely a summer feel to the album. Is Palms going to become a relatively regular project or is it a one-off for the time being?

There will be more for sure. We’ve already started writing some new stuff.

Cool. So, after you’ve played the initial US dates do you have any plans to come to the UK or are you taking it one step at a time?

We hope to and I think in time we definitely will.

Excellent! Thanks for taking the time for this interview Aaron. Any final words?

Thank you as well. I appreciate the support and interest. It’s nice to be able to create music and have people be interested, so thanks again.

Palms is out now on Ipecac Recordings and you can also read Tom’s review of the debut album HERE. 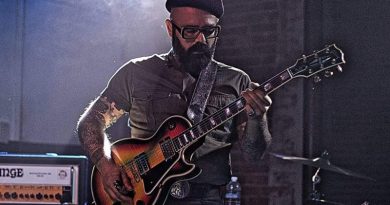 In Search Of Tone: Marcos Garcia Of Here Lies Man