You may have noticed that some of us here at The Sleeping Shaman have been rather impressed with German two-man demolition squad Mantar of late….hell, I couldn’t even hide my enthusiasm even if I wanted to! I think they’re one of the best new bands that I’ve heard in many a year and a pair of real swell fellas to boot. I’ve been chatting with guitarist/vocalist Hanno via email for a little while now and I figured it was time to do a proper interview for you boys and girls at home. Here’s what Hanno has to say in response to my perfunctory probing… 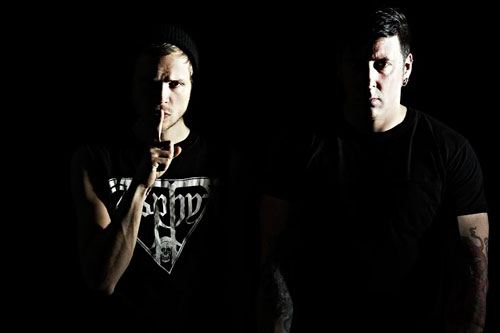 So, you guys have been together around 18 months or so, what were you doing before Mantar? Did you and Erinc know one another before the band?

We met almost 17 years ago, when my teenage punk band was playing a local show in Bremen, where we both come from. In the ’90s Bremen had a very cool underground scene and a lot of shows going on. We started hanging out, and as he´s a little older than me, he introduced me to a lot of cool records and took me to several shows. I even remember that he took me to my first open air music festival. We jammed from time to time but never made it to set up a band together as we’ve always been busy with other bands/stuff. We’ve both lived in Hamburg for some years now and that made things easier. We finally got together as the band we’ve always been waiting for. It feels great after all these years to finally have something to rely on. It’s a special kind of connection when you are a two piece and have known each other for so many years. We don´t talk about music anymore. We just let it happen.

Was being a duo a conscious choice or was it just the way things worked out for you?

I wanted to set up something new 18 months ago when I got back from a long trip in South East Asia where I had been on tour to see as many underground punk/metal shows as possible. They have a great scene. That kinda inspired me again. So I asked Erinc if he was up for it, and as it just has been the two of us and no more possible partners in crime around we figured out pretty quick that we will go on as a two piece. We just did not want to have anyone around that does’t feel the same kind of vibe and may weaken the connection between the two of us. We never had problems with being a two piece. We had shitloads of equipment and found it pretty easy to raise some serious hell in the rehearsal room.

Was it hard for you to figure out a way to thicken your guitar sound to compensate for the lack of a bassist?

Well, as I am pretty nerdy when it comes to equipment in general I had no problems at all. I have been a guitar tech for years and write for a huge German Guitar magazine as well. That´s why I know my gear quite good. Call me a nerd, I don’t care… I figured out some ways to compensate for the lack of bass guitar. If you know how to you don´t need a bass guitar to generate “bass frequencies”. I play three amps at a time, huge cabinets and also a full bass stack, plus several octave pedals and some nasty fuzz stompboxes, some of them selfmade. My pedalboard is a joke. It’s damn huge and heavy as fuck, but every part of it is around for a certain reason. I don´t bring any gear to show off. I use it. 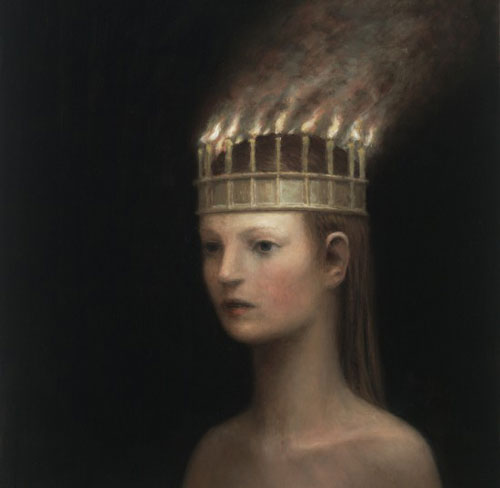 Did you find your sound easily? I mean, your sound feels incredibly natural and unforced to me – does your music just come out this way or did you have to work at it?

Not at all. I knew what gear I was going to play after one afternoon. We had everything we wanted in the rehearsal room and just connected the guitar and that was it. We recorded the album with exactly the same equipment we use on stage and for rehearsals as well. We cranked it up and that´s it.

The whole record is pretty much natural and unforced as we didn’t think too much and just played. Pure honest rage and fury. That still is the best way to create a heavy mighty sound.

Have you played live much as of yet?

We played some shows, yes, but much more to come. 2014 will be a busy year hopefully. If you want us to play anywhere drop a line!

How are you feeling about playing at Roadburn? Will it be the biggest show you’ve played up until now?

Yes, definitely the biggest show so far. After that, we will have some more huge festivals but for now it´s the biggest and coolest one. It´s an honor to be called by Walter and be invited personally for that festival. He´s obviously a fan… I know a lot of bands who’ve been trying to play there for years and don’t make it. As I said, it´s a gift. We are more than grateful. Maybe all this is working out for us these days as we are not expecting anything. We just let it happen and try to enjoy it. Both Erinc and me have never been to Roadburn. Neither of us have ever been “scene” sort of guys. We are not too familiar with all the latest cool bands and stuff… We more or less do our own thing I guess. But I expect it to be quite cool, and I’m looking forward to it. We will bring a limited BADASS tape edition in a special packaging for RB, as the regular tape sold out really quickly. 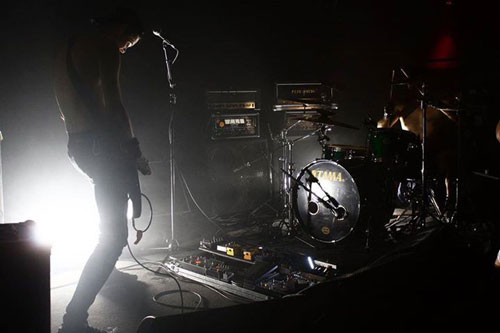 The album is picking up a lot of positive reviews, how does that feel?

It feels great. It makes me feel that people enjoy the record as much as I do, that they have fun listening to what I enjoy playing. Perfect match, so to speak. It becomes a little weird from time to time as there really is a lot of reviews and stuff from all over the world. It doesn´t make us feel superior to other bands, not at all, it’s just cool, a positive thing. Thanks to everybody who likes the record. We appreciate that.

You guys have a very DIY attitude, how has signing to Svart helped? Has it made things easier for you?

A lot of people claim that you don´t need record labels anymore these days. For some points I agree, but on the other hand having a label like Svart with such a worldwide positive reputation helps a lot. People are more willing to listen to a new band when it´s released by a cool label they already know and like. Svart is a good name these days, without a doubt. I am glad we’re working together and took that offer. We had been talking to some other, even bigger, labels before and I am still extremely glad we found Svart. But still, as you said, we do basically all by ourselves. DIY is important when it comes to art. When it comes to “business” there´s no need to always go for the hardest possible way. But art needs to remain free from any business influence.

What are your upcoming plans? Any touring in the pipeline?

Can´t say too much, but we will play some big international festivals as well as some tours hopefully. In May we will be touring Portugal and Spain. In the summer we will play Sweden, Finland, Norway and some more stuff. Germany of course. I really hope we will  literally tour the whole world. Whatever comes our way is a gift. We did not see this coming, so it’s all cool. No pressure. It is supposed to be fun.

Well, I think that just about wraps it up, any final words?

I´d like to thank especially you, Paul, as you have been one of the first people to discover MANTAR. Thanks for your interest and effort. You rule. Furthermore thanks for all the nice things people write us and all the merch orders. We don´t take that for granted.

Death By Burning is out now via Svart Records and can be purchased on CD & LP HERE and if you missed it, you can also read Paul’s review HERE.