Dopefight, Brighton’s sludge-laden connoisseurs of thee mighty riff, are one of the UK metal scene’s brightest underground talents. Playing shows across the land with everyone from Hang The Bastard, Astrohenge and Desert Storm to US doom titans Eyehategod, their power to dent, bruise and delight with a wall of crushing leads, powerhouse beats and brooding basslines is second to none. Ahead of an exciting-looking 2012 for the band, which includes an appearance at London’s DesertFest and the release of several split 7″ vinyls, drummer Ant Cole caught up with Sleeping Shaman scribe Pete Green to shoot the shit about life in a heavily gigging band, plans for the New Year & cream cheese…

Ant! Many thanks for taking the time to do this – always much appreciated! Personally, it’s been an absolute privilege to watch the mighty Dopefight rise up from doing 6-blokes-and-a-dog–in-a-pub shows to become one of the UK’s most talked about underground bands. How have the last 12months been for you and the band? What have been the highs and lows?

Thank you for your kind words! The last 12 months have been great for us, many awesome things happened… we had two weekenders, one with Hang The Bastard and one with Dead Existence, we played loads of sick shows, ‘Buds’ was released on vinyl via Stone Stallion Rex/Funeral Industries and we recorded a few new songs to come out on 2 split 7”s. So it was fairly productive year and damn good fun. We made new friends, even some enemies, but in general things have been nice and active!

For those out there who are less acquainted with the soothing tones of your music, what’s the story of Dopefight? How do you originally know each other and how did the band get together? Was there a mission statement right from the beginning?

I’ve known both Paul and Owen for a long time, since I was about 15 I think, we played in punk bands together up until Dopefight. Basically, Owen and I had the intention to form a heavy Sludge band a few years back but we put the idea on hold as we couldn’t find a bassist. I then approached Paul with our dilemma and he kindly offered up his services for the band even though he’d never played bass before. It all worked out perfectly and from then Dopefight was born.

Great band name! How did you come up with it, and have you ever had a Dopefight yourself?

We basically just wanted a name that would definitely sound like a band playing this type of music but that was also slightly silly, and the idea of it being a complete paradox was good enough for us. We got high one day and it just up in conversation. And I suppose we have some dopefights with each other when writing new material. 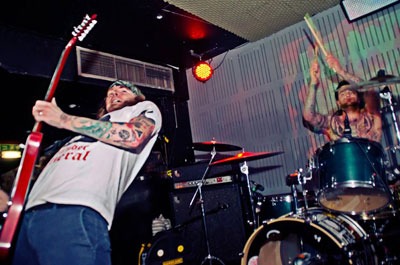 Your monstrous debut album ‘Buds’ came out in 2010, and kicks off with the sluggish crushathon that is ‘BabyGoatSick’, but I’ve always wondered what on earth your singer Owen Karti bellows towards the beginning of this song. It sounds like he shouts “PHILADELPHIA!” – can you confirm or deny this? Do you in fact have a secret, and highly lucrative, endorsement deal involving a world-famous brand of cream-cheese?

I fucking wish we did, haha that would be sick. But no, it’s not true unfortunately. I think he bellows ‘Throw it up yeah’ or something along the vomit lines.

Last year you played arguably the most high profile gig of your career so far opening up for Eyehategod, Church of Misery and The Gates of Slumber in Bristol. How did that go? Did you meet some cool people backstage?

That was a fucking great gig and a mental day. We also played the ‘Seven Churches’ fest in Kingston earlier that afternoon and then rushed over to this show, so it was slightly hectic but a bloody good laugh. Didn’t meet any of the EHG or COM party backstage sadly, Hang The Bastard also played this show though so we were mainly getting mashed up with them. It was a messy day!

Which bands would you say have influenced you most, as a collective, over the years?

Blimey, there are so many bands that have influenced us in many different ways but I suppose the main contenders are Bongzilla, Hail!Hornet, Black Sabbath, Nailbomb and Entombed.

I think the one thing which immediately makes you guys a little different from other sludge bands is the way you arrange your songs – typically with lengthy passages of shifting and grinding riffs, with some sparse vocal sections towards the end of the track, or sometimes not at all. Was it ever a conscious decision to structure the music with this effect, or did it just evolve that way organically?

A bit of both probably, every song came about and evolved naturally but we were also (and still are) set on never having a typically structured ‘verse/chorus/verse/chorus’ type song. We just build riffs and beats and then end the song when we get bored. 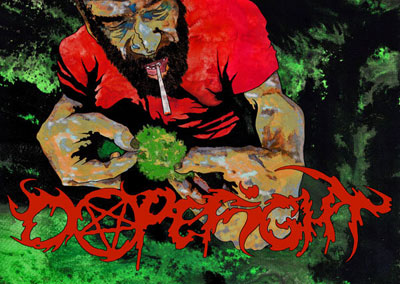 So, picture the scene: you’ve just driven a couple of hundred miles to play a show in some town you’ve never been to before, you arrive and set up, and there’s 30 minutes before you’re on, but you’re so hungry that if you don’t all eat something immediately you’ll pass out on stage. Every possible fast-food eatery the world has to offer is out on the high street –which one gets the nod and why?

Amazing! Well, I think I can happily speak for the others when I say that Owen would go for a Chinese (Dumplings, Salt n’ Pepper Prawns and Special fried rice to be exact), Paul would devour a lot of chicken (Cottage Chicken to be precise) and I’d most likely wait to see which ones meal looks better and then get that one… and then maybe a cheeseburger chaser!

You’ve got a couple of new tracks ‘Stonk’ and ‘Green Solace’ floating about online with the aim being for these to become key parts of some split EPs you have lined up for release in 2012. Can you tell us any more about these and any other plans for this year?

We recorded 4 new tracks back in February ’11 and they’ll be going on three separate split 7”s. One is with the fucking mighty GURT, ‘Stonk’ and ‘Green Solace’ are both going on this split, this will be self-released and out in March/April with any luck. The second is with the awesome The Fucking Wrath, ‘Stonk’ will also feature on this and it’ll be coming out via Hell Comes Home Records within the next few months I think. And the last split is being sorted out at the moment, details to follow…

When did you first fall in love with the drums, and are there any other drummers past or present who inspire you and your techniques?

I fell in love with the drums when I was about 9 or 10. The drummers I looked up to as a kid when I was learning were Paul Winterhart from Kula Shaker and Eddie Stratton from One Minute Silence. I loved both bands and their individual styles really stood out for me.

What’s the best tour you’ve been a part of so far? Any hilarious stories to tell?

The Hang The Bastard and Dead Existence dates were so much fun and to date are definitely the best tours we’ve been involved with so far. We’re hopefully heading out to Europe for a small tour in Spring this year. As for stories, there really are far too many memorial moments to even start to mention, I would be rambling like a buffoon for ages. All I will say though is ‘Stop avoiding your yoke you prick’, you know who you are! 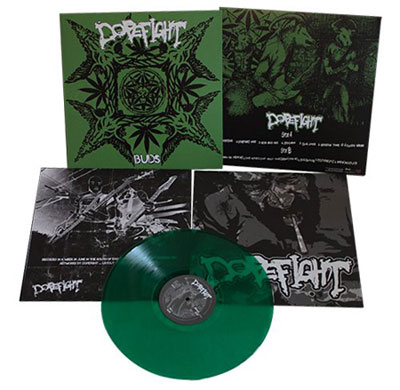 If you could be in any other band in the world for just one day, and play just one show with them, who would you pick and why?

Easy, Nailbomb… they’re my favourite metal band and they only really played once at Dynamo, so I could not only say I played with Nailbomb but I also played Dynamo in 1995. I would have also only been 8 or so back then, therefore it would be far more credible!

Do the three of you have any musical ventures outside of the ‘Fight? I’ve heard rumours of some pop-punk and hip-hop side-projects…

Indeed, we are all involved with other projects. We all make up another band ‘The St.Franc Cartel’ it’s a rap/punk band we started just before Dopefight. Owen also does some acoustic stuff and Paul is always making HipHop tracks etc. Paul and I are also in a Pop-Punk band with some other dudes and I also play in ‘Legal Highs’ an 80’s influenced Hardcore Punk band. Here’s a shameless plug… legalhighs.bandcamp.com.

What do you all do when you’re not kicking ass in Dopefight? Is it ever difficult to manage full-timework with band activity across the country?

Working full-time and being in a gigging/touring band is always a juggle but it’s fucking Rock n’ Roll so you just get on with it. If we didn’t have to work we’d all being doing this all day every day, so we just do it as much as possible.

I already know you’re a big fan of vinyl, but what’s your stance on downloading music;
1. Legally, and
2. Illegally.

I’m not too bothered by it either way, so I don’t pass too much of a judgement. But what I will say is that if you genuinely like a band and you’ve downloaded their music you should definitely support them in some other way, by buying a shirt or going to a show etc… Just support underground music and buy vinyl if you can afford it!

I have to ask you about the tattoos! (Ant’s chest, stomach and back are coated in a mesmerising labyrinth of interlocking pieces of ink) Is there a particular theme or story going on there? It must have hurt like hell?!

Yeah, it definitely hurt like hell; the stomach is the worst place I found. There’s no real theme as such, just a collection of different pieces, odds and ends collected over the years and then all tied in together. All my tattoos are basically either dark or plain stupid, I have such things from evil faces to flying boars taking a poo!

Dopefight are part of a Brighton heavy music scene which seems to be growing constantly with the likes of Enos and Funeral Hag now also well established acts. Which other UK underground bands would you like to shout about? Who should we all be listening to?

Everyone should listen to Gurt, Dead Existence, Hang The bastard, Trippy Wicked, Desert Storm, Witch Cult, Slabdragger, Mother Corona and Stubb, because not only are they good friends but they are all so very SICK!

Many thanks Ant – that’s all from me! Is there anything else you’d like to add? 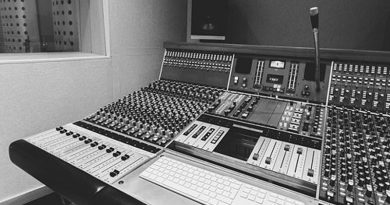