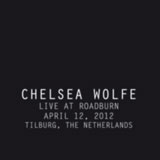 When Wovenhand took to the stage at Roadburn 2011 the general consensus was that they brought down one of the heaviest sets of that weekend – they weren’t necessarily the loudest bands to play, but they were the one of the heaviest. You’ve got to take your hat off to the good folks at Roadburn  for bringing such disparate artists to their festival, artists that don’t all necessarily deal in distortion but who all bring an equally dark musical atmosphere to the stages of 013. This year’s breakout Roadburn success had to be the enigmatic LA folk doom-weaver Chelsea Wolfe whose 2011 album Apokalypsis earned her more than her fair share of fans, many of them in the metal community. Indeed, Chelsea Wolfe was probably the last person on Earth who expected to have a large following of hairy, stoned men but her appearance at Roadburn (to a sizeable crowd) and the fact that her set is now being released as a limited edition vinyl is testament to her truly breathtaking collection of ghostly songs.

Creeping-in spectre-like with the beautiful ‘Halfsleeper’ from her debut album The Grime and the Glow, it’s clear that Chelsea has the audience encapsulated from the off, her simple guitar work allowing her commanding voice to take centre stage to deliver the songs’ incredibly dark lyrics. It’s a bold start to her set, one that really puts her out there by herself before the band kicks in towards the end, seguing into the more-familiar trip-hop shuffle of ‘Movie Screen’ from Apokalypsis. The fast-paced ‘Demons’ follows before the fantastic, tumultuous waking-dream of ‘Mer’ closes side A. At this point it’s impossible not to be won-over by the strength of the songs and the quality of the performances – ‘Tracks (Tall Bodies)’ opens side B, the keyboards shimmying elegantly beneath the guitars and Wolfe’s darkly romantic vocals: “We could be two straight lines/ In a crooked world.”

One can hear the genesis of Wolfe’s sound in these live renditions of the songs; the ragged ‘Noorus’ and ‘Moses’ both recall PJ Harvey; it’s hard not to think of Beth Gibbons and Portishead on ‘Movie Screen’ and throughout there is a certain aura of tragedy and enigma that brings troubled troubadours like Jeff Buckley and drug-era John Frusciante to mind, in feel if not in any immediate musical similarity. But Chelsea Wolfe is an organic amalgamation of her influences, and in her own way, a progression too. She creates music that feels removed from normal life – the closing ‘Pale on Pale’ has a hypnotic groove and an almost Indian-style vocal that can’t help but shift the atmosphere around you, and in this live capacity, with the inevitable festival weed-cloud filling the air, you can imagine the force that her songs would have when you can feel the kick of the drums and her wailing voice beating in your chest.

These live renditions aren’t very far removed from their recorded counterparts and this could be an issue for certain artists releasing a live vinyl – you’d assume there’d be a desire for alternate versions, extended jams or radical reworkings to make it a worthwhile venture. But when you’re an artist who has concocted two such otherwordly albums, it’s actually impressive how well-represented the songs are in the hands of Wolfe and her talented band. Don’t come to Chelsea Wolfe Live at Roadburn 2012 expecting controversy or change, come for the atmosphere, the likes of which few artists are capable of creating. 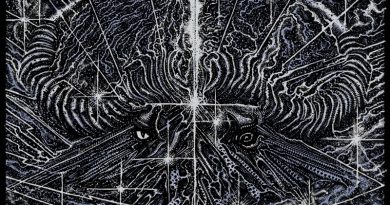