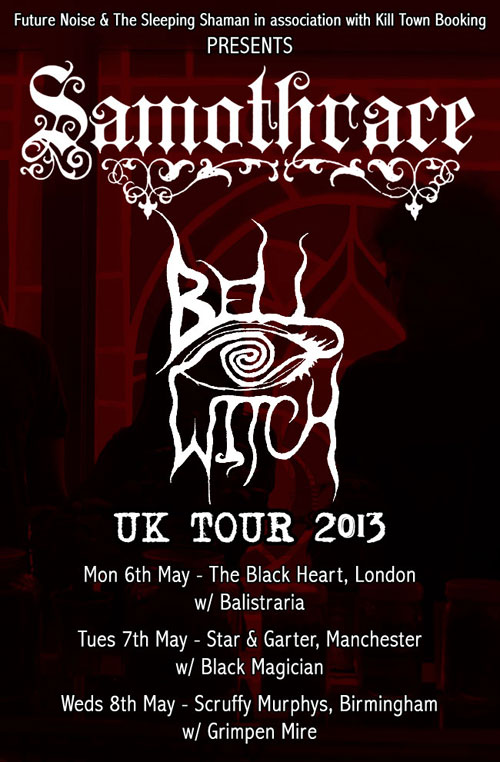 SAMOTHRACE & BELL WITCH plan to hit these grim shores on Monday 6th May after their performance at the this weekends Heavy Days In Doomtown Festival in Copenhagen, Denmark.

The full tour schedule is below…