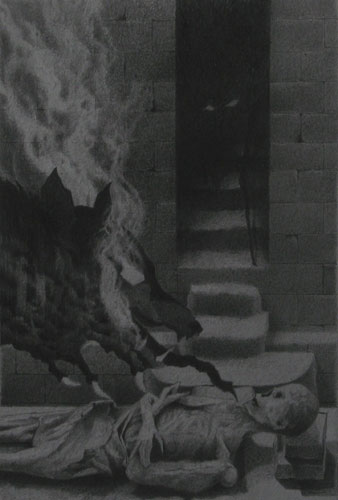 Following the release of COLTSBLOOD’s crushing ‘Beyond The Lake Of Madness‘ Demo and CRYPT LURKER‘s monstrous ‘Baneful Magic, Death Worship And Necromancy Rites Archaic‘ EP, COLTSBLOOD and CRYPT LURKER have now produced a Split Cassette to befall on their co-headlining UK tour which begins next week.

The split was recorded this month in the band’s practice rooms and features four tracks spanning just under 30 minutes of filthy monolithic doom which sounds not unlike something you might hear droning from the bottomless black catacombs of an ancient city so terrifying as to steal away the sanity of whoever dares enter.

The entire split will premiere on The Soggy Bog Of Doom Show streaming from Wednesday 13th November (around 12noon US, 5pm UK), and the following day will stream on both bands bandcamp pages. It will be self-released on cassette on Wednesday 20th November, the first day of the tour, and will be available only at these shows until any remaining are put up for sale via bandcamp afterwards. The split is limited to 100 copies, hand numbered and featuring incredible artwork by Arrrrach of Ghast. 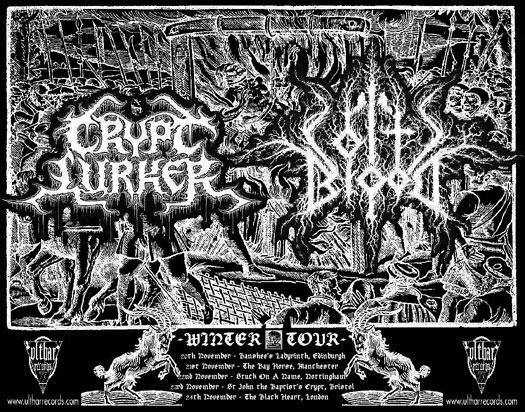