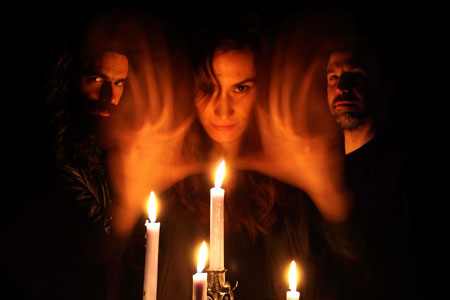 Formed in 2009, San Francisco’s CASTLE have created two albums thus far; “In Witch Order” (2011) and last year’s “Blacklands”, which was produced by the legendary Billy Anderson. The lineup consists of Mat Davis (guitar), Elizabeth Blackwell (bass, vocals) and Al McCartney (drums). Together they mix the best elements of classic doom with early black and thrash metal into a tumultuous and inventive maelstrom of oppressive sonic excess, a power trio touched by the hand of the the opposer himself.

In the short time since they started, they have supported such luminaries as Kylesa, Witch Mountain and Hammers of Misfortune. Those three bands combined give a neat, but by no means comprehensive, indication of what you can expect from their sound, on stage and record.

While undoubtedly giving a big nod (or should that be head bang?) to the old-school, they also make an effort to out-stretch their talents into technically demanding territories, exploring realms that you may not expect of them. This gives their stage show an unpredictable, and at times mystical ambiance. All this is taken further on it’s way by Elizabeth Blackwell’s fearsome vocals, ranging from plaintive despair to blood-curdling desperation. A band that will stand out a little from the rest of the fuzzy, stoned crowd of Desertfest, make sure to catch them this year for something refreshingly different, and decidedly more metal! 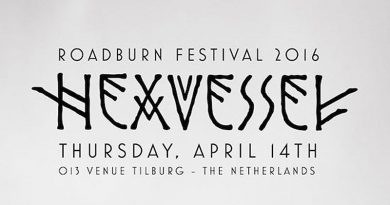