You’ll probably be unsurprised to hear that, back when I was a spotty teenager in the 90s, I was really into Star Trek: The Next Generation. I made sure to catch it every week on a Wednesday evening on BBC2 and, in what seemed to me quite an extreme act, went so far as to get a United Federation of Planets Star Fleet Command patch to sew onto one of my bags. Obviously, there were (and are) no shortage of people to take things much further than I did and spend their weekends dressed as Geordi La Forge while debating the finer points of conjugating verbs in Klingon.

Now, I’m also partial to some early 70s hard rock and have even, in my more adventurous moments, pondered buying a pair of flares and wondered whether the awesomeness of wearing a suede jacket with fringing would outweigh how much of an idiot I’d feel for doing so. In the context of 70s hard rock, Witchwood are the ones with big Romulan shoulder-pads with strong views on whether it was a good idea to remove Counselor Troi’s telepathic powers after Encounter at Farpoint. Yep, however much you might like the 70s, I can assure you that Witchwood like them more than you. Much more.

Hailing from an unspecified part of Italy that I can only assume has been caught in some sort of timewarp, six-piece Witchwood are as authentically early-70s as orange and brown polyester, and cars from British Leyland that were overly prone to structural rust. “And why are there six of them?” you ask. Well, apart from employing a full-time keyboard-player, Witchwood also boast their own flautist and employ him gainfully throughout the album. If rock flute isn’t for you, you might want to skip this one. Before The Winter is the band’s third album and is, fittingly, being given the full vinyl treatment by three labels; Jolly Roger Records, Kozmik Artifactz and Fu.zu.l. Records.

As you can probably imagine, Witchwood bring to mind many of the greats from heavy rock’s early 70s heyday and they definitely nail the eclectic approach that was prevalent back then. They mix a healthy dose of prog (if there is such a thing) with the heavy groove you’d expect. I suppose the most obvious points of comparison are Jethro Tull (although that might just be because of the flute) and the classic line-up (i.e. In Rock and Machine Head-era) Deep Purple. Basically, if you enjoy any heavy rock album from 1972, then you’re going to love this.

For me, there are two thingsthat separate Witchwood from the pack retro-leaning bands. Firstly, whereas loads of bands seem to wear their 70s influences as some sort of ironic affectation, Witchwood make it sound completely natural. Secondly, while the band are clearly exceptional musicians, they remember that you’re here for the tunes rather than a display of technical wizardry.

And there really are some quality tunes here. Opener Anthem For A Childstarts things off with style. Think riffs, rock flute and powerful vocals all delivered with real energy. The follow-up A Taste Of Winter is even better and you could imagine it being a radio hit back in the day, with its infuriatingly catchy chorus and infectious 70s shuffle groove.

Crazy Little Lover sounds as epically 70s as the name suggests and delivers a shot of southern rock swagger. Eleven-minute album-closer Slow Colours Of Shade is brilliantly bonkers. The opening few minutes are slow and sombre and provide few hints of the craziness to come. Things start to get interesting around the three-minute mark, where the keys and weird electronic noises kick in and there’s some genuinely unsettling flute. After a few twists and turns you get to what I suppose could be loosely termed a chorus. It’s brilliant, with those operatic vocals reappearing in the background. Managing the rare feat of being utterly ridiculous and totally awesome at the same time, it’s one of the few pieces of music that always grabs my attention whatever else I happen to be doing. If you can resist joining in with the ‘From the sea it’s rising, from the sea it’s coming!’ refrain then I either salute your iron willpower or pour scorn on your musical tastes.

If I were feeling particularly critical, I might suggest that the middle of the album feels like something of a lull. Crimson Moonis the obligatory slow, ballad-y number of the type that I was always tempted to fast-forward past when I was a youngster, while Hesperus and No Reason To Cry are decent songs but not especially memorable either.

Overall though, Before The Winteris a great album. Witchwood serve up a copious dose of everything great about the first wave of heavy rock and back it up with excellent musicianship and exceptional song-writing. You should grab a copy to blast at full volume in your mustard-yellow Ford Capri. 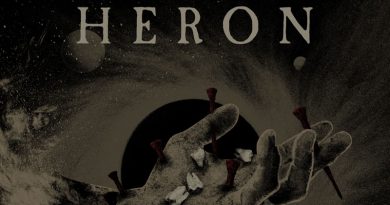 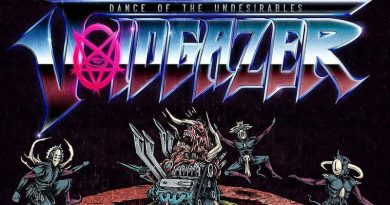