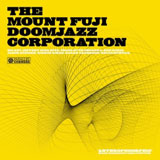 The Mount Fuji Doomjazz Corporation are, for those unfamiliar, an improv sideline of members of The Kilimanjaro Darkjazz Ensemble, coming at their improvised ambient jazz from a more drone/doom-informed angle than that of their parental unit.

‘Anthropomorphic’ is one hour-long piece of music comprised of three sections, or ‘movements’ if you will, attempting to express in musical form the idea of the ‘birth’ of music – hence ‘Anthropomorphic’, as, in the groups own words, ‘being born is human’ and to anthropomorphosize a thing is to ascribe to it qualities that make it more ‘human’. With me so far? Good.

Over the course of the piece as a whole, we have the ‘birth’ of music, the ‘growth’ of music and the ‘evolution’ of music, expressed via the organic, improvised interplay of the musicians. The segues between the three parts are basically seamless but can be differentiated simply by paying attention to the instruments involved at any given time.

‘Anthropomorphic’ is given ‘birth’ to by the shimmering soundbed of Eelco Bosman’s treated guitar and the plaintive, occasionally eerie and often surprising trombone of Hilary Jeffery. The trombone as an instrument of improvised music, and as a lead instrument as we have herein, is not generally one that is thought of as particularly subtle or flexible, but thanks to players such as George Lewis – whom you may know through his work with John Zorn – and Steve Moore – who you WILL know through his work with Earth, and as ‘Stebmo’ – and the featuring of Julian Priester and Stuart Dempster on Sunn’s most recent jaw-dropper ‘Monoliths And Dimensions’, it certainly seems to be gaining in credibility and recognition. Indeed, there are moments during ‘Anthropomorphic’ when one is unsure if it is, in fact, a trombone being heard and not – at differing points – a modulated trumpet, whalesong or even a theremin, due to the way in which Jeffrey stretches and expresses the music emerging from the instrument.

So, from the treated hum and occasional spiky interjection of Bosman’s guitar, topped with the malleable trombone of Jeffrey, we move into the ‘growing’ stage. The throbbing, undulating tonal osscilations of Gideon Kier’s electronics take centre stage for this movement, evolving out of the sustained buzzing hum generated by Jeffrey and Bosman. This is some real ‘BBC Radiophonics Workshop’ style stuff right here, all sawtooth sinewaves and oscilloscopes set to ‘rapid BLOOP’. Squelchy, spaced-out and jittery, the colossal drone affected by all three musicians when they chime in together is hypnotic to the extreme. The trombone breaks loose of the magnetic pull of the electronics and articulates an approximation of the cry of a child, sounding out into the vastness around it, ushering in a quieter, more ominous distant tolling loop of guitar and distant volcanic rumbling.

The bittersweet keening violin of Sarah Anderson leads us through into a period of ‘evolution’, layering itself atop the distant modulated twang of guitar, cycling across the other sounds and becoming a siren call, reminiscent of the atonal clusters used by Penderecki and Ligeti. The interplay brings all of the instrumentation together as they amp up the tension and roll into a dense, suffocating ball of atonal, shivering violin, humming guitar and dense, piercing electronics.

The roiling fug lifts, leaving only the deep, echoing looped soundbed and spectral violin, flitting in and out of hearing until that too dissolves into the thrum of bassnotes more felt than heard. Muted trombone and distant ringing delay are the last things we hear before the curtain falls once and for all.

The Mount Fuji boys and girls set themselves up with a pretty mammoth undertaking, to capture the birth, growth and evolution of sound using organic improvisational techniques, and I have to admit that I’m not entirely convinced that they succeeded – BUT, I’m also not entirely convinced that it was an undertaking that COULD be successful. To these ears, the sounds made by the group flow into and through one another beautifully, and the piece as a whole is solid, but it did not convey, to me at least, those three distinct phases of life as successfully as a larger, more dynamic ensemble perhaps could have. I think they may have overreached here, ever so slightly…however…as a piece of work that stands on its own two feet, ‘Anthropomorphic’ is a solid, extremely interesting and enjoyable listen.

I would recommend this heartily to adventurous listeners who appreciate the recent work of Sunn and O’Malley’s Aethenor, and encourage listeners to form their own opinions as to whether The Mount Fuji Doomjazz Corporation have indeed succeeded in anthropomorphosizing music or not, after all, sound IS subjective. 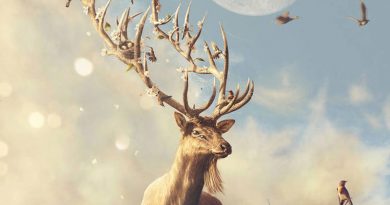