If the name Sightless Pit does not ring a bell, their founding members Dylan Walker and Lee Buford certainly will, as the former is the mastermind behind Full Of Hell and the latter drums for The Body. Originally, this project was a three-headed piece with Kristin Hayter (aka Lingua Ignota), but she’s not present this time around, and in fact, is going on a hiatus after her final tours this year.

It could have been a bummer since it was her name that got me interested in this side project in the first place, however, the duo managed to create a brand-new universe of their own and invited a few of their talented friends for this sophomore album, Lockstep Bloodwar. Where their debut, Grave Of A Dog, was witchy and disturbing, Lockstep Bloodwar goes in a different direction, a more transcending one.

The overall tone of this record is similar to what you could expect from bands like Petbrick or Godflesh, as brutalist and minimalist as possible. Screams, growls, sighs and elements of trap-rap, courtesy of the late Gangsta Boo from Three 6 Mafia and YoshimiO of Boredoms on Calcified Glass, everything is there to make you dance relentlessly to your death at a Roadburn after party or an industrial club night.

The concept of guest vocals for every track is brilliant because you get to know what Sightless Pit does to your feet, but you also get to be amazed by what they can do with your ears. That’s the impression I had when I listened to the brilliant Flower To Tomb featuring Lane Shi Otayonii, where the Elizabeth Colour Wheel singer shows how soulful her voice can be at times and painfully raw at others.

That impression stayed with me whilst False Epiphany was being played (because it has some rap and trip-hop elements in there, and Claire Rousay makes a wonderful job at keeping us entertained), in the very noisy Shiv featuring Crownovthornz and the very dark Futilities with goth extraordinaire Foie Gras, where her repetitive laments are hypnotising to a certain extent. Plus, the line ‘a stream of dreams’ reminded me of a song from Made Out Of Babies and that, in itself, is a bonus.

Other tracks will lead us to more familiar territories in terms of ambiance; Resin On A Knife with Midwife, Low Orbit with Frukwan and Industrial Hazard, and the self-titled Lockstep Bloodwar, as the Walker touch can be distinguished and it could have been an out-take from Full Of Hell which wouldn’t bother me in the slightest. And even if Morning Of A Thousand Lights isn’t an out-take from either The Body or Full Of Hell, I am just as happy. In fact, this record made me happy the entire time, it helped me go through the dread that is January, it made me dance on my way to work and to the bathroom.

Lockstep Bloodwar was created during one of the most uncertain times of our modern era as a vessel to communicate the fear and ugliness of the human condition, nothing on this record was meant to be beautiful, impactful and frankly uplifting. But uplifting is probably the overwhelming feeling I had throughout my multiple listens and will continue to do so for a while, that’s how good this album is. Whichever mood you’re in when stumbling into this record, Sightless Pit will get you out of it, in one way or another. 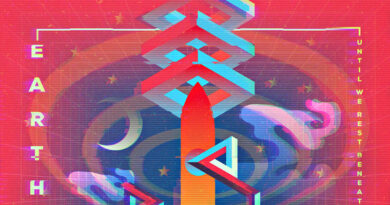 Review: Earthrise ‘Until We Rest Beneath the Winter Way’ 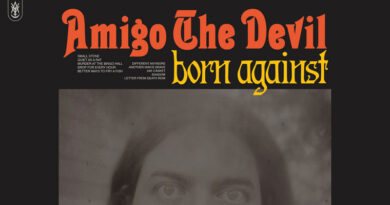 Review: Amigo The Devil ‘Born Against’