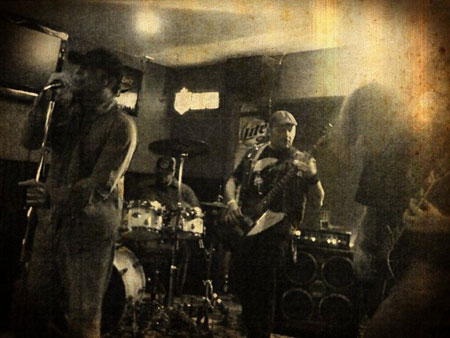 Bilocation Records is proud to announce the signing of Texas based stonerheads SWITCHBLADE JESUS. The earthshaking debut will be released on heavy vinyl in 2013.

Hailing from the land of oil and tar SWITCHBLADE JESUS is a 5 piece equivalent of a heard of elephants slamming into a brick wall.

Jamming together since 2010 they had a killer ride so far – playing live nearly every week they were forged to a unbreakable live unit. They played a shitload of shows with great bands – just to name a few: Kylesa, Orange Goblin, The Sword, Wo Fat, Egypt, Baroness.

Asked what the fans can expect of the band, the guys state: “Loud alcohol fueled heaviness laced with fuzz and slight hallucinations of tube amps piercing your mind. …that is a word!”